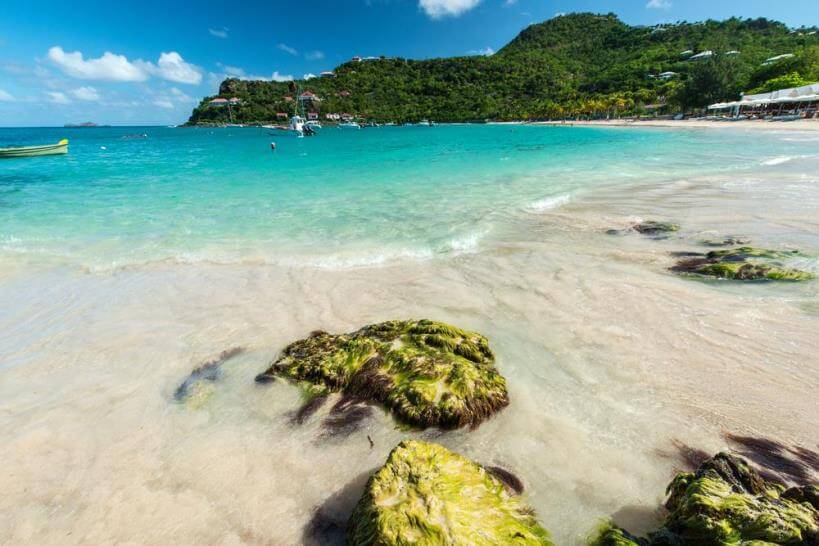 Most Trusted for High-Value Transactions in the Caribbean

For more than 20 years, the Emmanuel Jacques Almosnino (EJA) law firmbased on the luxurious island of Saint Barth- has effectively represented VIPs and high-net worth clients from around the world. We explore how the range of services to the firm provides to these distinguished clients and how it aims for excellence across its full service offering.

Business structures can vary as widely as the types of businesses that use them. When setting up a business, choosing the right structure can be critical to the success and life of a company. EJA assists its clients in forming the most appropriate business entity on or off Saint Barth. This is done with respect to a wide variety of a choice of entity matters, including the formation of corporations, partnerships, limited partnerships, LLCs and more.

Concentrating its practice areas in real estate and wealth management, corporate structuring, international; taxation and litigation ensures that the firm is able to operate a focused approach and provide expert assistance.

EJA has extensive experience in advising clients in matters of international taxation. The firm’s attorneys help its clients understand the tax consequences of foreign investments, how these investments will be taxed in their native country and how they will be taxed abroad. Clients include corporations, financial institutions and individuals, mostly from the U.S., the European Union, China and Russia. The firm also advises businesses that are in the process of incorporating, acquiring and restructuring or selling an entity, as well as high-net worth individuals who are interested in investing in Saint Barth real estate and its industries.

The firm’s litigation department handles a broad range of complex matters in French courts, and before agencies, administrative bodies and arbitration tribunals. Areas of concentration include commercial and civil litigation; corporate disputes; construction litigation; international dispute resolution; and administrative disputes in real estate and taxation. Founder and Managing Partner Emmanuel Jacques has helped countless businesses institute practices that have helped them retain millions of dollars in litigation matters, the retaining of outside counsel, contractual agreements, dispute prevention, and day-to-day operations and procedures.

The firm has successfully negotiated the purchase of properties valued at $60 million and successfully handled the negotiation of financing up to $40 million as much as handled the negotiations of commercial leases in the most famous areas of Paris. The firm regularly handles the acquisition of luxury real estate not only in Saint Barth, but also in Paris and other famous locations in France and Monaco. Notable projects the firm has undertaken include representing an American Equity Fund regarding a five-star hotel transaction in Saint Barth and successfully won a major case against the French tax authorities which clarified the special status of Saint Barth as an overseas territory of France in the Caribbean.

Emmanuel has a strong background in law and has worked around the world, supporting clients with a range of legal cases. At the age of 23, he graduated from the Paris University of Law and became the youngest attorney in France. After graduation, Mr.
Jacques was named Director of the Cabinet of the general manager at the Paris Chamber of Commerce, where he successfully handled several reforms. He served in that position until 1992. In 1993, after fulfilling his one-year military obligation in Mexico in assisting French companies in settling into the region, he returned to France, resuming his legal career as a junior partner at a Paris law firm. By 1995, at the age of 27, Mr. Jacques established his own practice in Paris, and was later named Of Counsel for a U.S.
firm based on Paris’ Avenue Montaigne.

During his time in Paris, Mr. Jacques taught at Paris University of Law and was named Vice President of the parent organization of the 112 international French Chambers of Commerce, as well as Special Advisor to the French government for trade with Nordic countries.
Recognizing that every action has the potential for global financial repercussions, he is one of a select few attorneys who is well versed in international finance, international relations, and management. He studied Management at HEC Paris, the highest-ranked business school in Europe where he earned an MBA then a Master’s degree in Corporate Finance and received his diploma in International Relations and Diplomacy at CEDS; Emmanuel Jacques was also trained for Economic Intelligence at IHEDN in Paris and for negotiations at Harvard University in Boston.

Ultimately it is this unique combination of all this knowledge and experience that has distinguished Mr. Jacques as a truly exceptional talent in international legal advocacy.

Why Legal Guidance Is Must-Have For Italian Dual Citizenship Aspirants