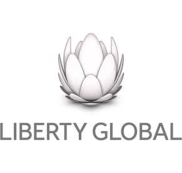 Liberty Global plc announced that its subsidiary Telenet Group Holding NV has entered into a definitive agreement to acquire BASE Company NV, the third-largest mobile network operator in Belgium in an all cash transaction valuing BASE Company at €1.325 billion.

This represents a purchase price multiple of 4.2x BASE Company’s estimated 2015 OCF1, as adjusted for approximately €145 million of projected annual run-rate opex synergies2. When the enterprise value is increased to include approximately €240 million of projected one-off investments and integration costs, the synergy adjusted multiple increases to 5.0×3. This acquisition will enable Telenet to compete more effectively in a mobile market with significant growth opportunities, while offering a full range of fixed and mobile services to the benefit of consumers and businesses in Belgium.

Mike Fries, CEO of Liberty Global, stated, “We fully support Telenet’s acquisition of Base, which represents a cost-effective and unique opportunity to expand Telenet’s mobile and fixed business in Belgium. Not surprisingly, the synergies are substantial and the price at 4.2x OCF is highly accretive to shareholders. Given Telenet’s scale in Belgium it can absorb the smaller Base business quickly and efficiently. Elsewhere in Europe we will continue to focus primarily on our existing MVNO arrangements and rapidly developing WiFi networks to provide seamless mobile voice and data services to our customers.”

Telenet has been an active player in Belgium’s mobile market through an MVNO since 2006, and has grown its mobile subscriber base to 895,000 at year-end 2014 on the back of its success with its revolutionary King and Kong offerings. The acquisition of BASE Company, with nearly 3.3 million mobile subscribers4 and adjusted revenue of €690 million5 for 2014, fits very well in Liberty Global’s mobile strategy in Belgium, because this would allow Telenet to continue to provide ubiquitous connectivity for its and BASE Company’s customers. This transaction represents a unique opportunity to secure ownership of mobile capacity at an attractive price together with an efficient financing structure. As noted above, Telenet expects to make expenditures totaling approximately €240 million to upgrade the capacity and quality of BASE Company’s mobile network and support systems and to integrate BASE Company with Telenet’s operations, most of which will occur over the next few years.