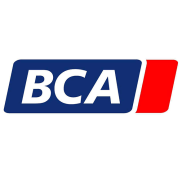 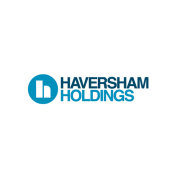 Haversham Holdings said last Thursday that it had agreed to buy the British used car auctioneer and reseller BCA Marketplace in a cash and stock deal for 1.2 billion pounds, or nearly $1.8 billion.

The transaction represents the first major deal by Haversham, an investment vehicle formed by Avril Palmer-Baunack, the former chairwoman of the British logistics and support services company Stobart Group, and Marwyn, an investment management company.

“The acquisition of BCA represents an important strategic step for Haversham into the automotive sector,” Ms. Palmer-Baunack said in a news release. “BCA is a market-leading business with a unique position in the used vehicle marketplace. Haversham’s management team sees exciting growth opportunities in the changing European used vehicle market and plans to refresh BCA’s strategy to enhance its strong growth record.”

The transaction will be a reverse takeover, which would allow BCA to list its shares publicly. The combined company will be named BCA Marketplace.

Haversham has been publicly listed in London since November, and its shares were suspended this month after it said it was in “very advanced discussions” regarding a potential takeover.

The deal is expected to close in April. Haversham plans to finance the transaction in part by raising £1.03 billion through the issuance of 685.7 million new shares.

BCA, known as British Car Auctions in Britain, sought to go public last year. It called off those plans as economic uncertainty weighed on stock markets in the fall and several initial public offerings performed poorly.

The company is one of the largest resellers of used cars through auctions in Europe.

BCA operates more than 200 locations in 13 European countries, and it sold more than 900,000 vehicles in 2013. It also operates the brand We Buy Any Car, which purchases automobiles for resale.

“We are confident that the talented group of managers at the company, under the leadership of Avril Palmer-Baunack and the Haversham team, will continue to drive strong performance in the future,” David A. Novak, a Clayton, Dubilier & Rice partner, said in a news release.