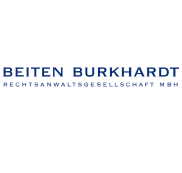 UK phone and electricals retailer Dixons Carphone announced that it has entered into an agreement to sell The Phone House Deutschland to German MVNO Drillisch.

This disposal follows a period of significant restructuring for the German business and is in line with the group’s stated strategy of focusing on market leadership positions while engaging in other markets through partnerships with its Connected World Services division.

Following completion, which is expected to take place by the end of May, Dixons Carphone will receive a 3 percent stake in the Drillisch Group, with potential further deferred payments from future excess cash flows.

With more than 1 million customer referrals a year and revenue of more than EUR 350 million per annum, the Phone House in one of the largest distributors for mobile and fixed contracts as well as mobile and fixed telephony devices in Germany.

Drillish said it completes the creation of its new comprehensive offline distribution channel with this acquisition. The German operator earlier this year acquired a number of stores from Telefonica Germany following its takeover of E-Plus, in order to start its own physical retail chain.

The German company said it sees opportunities for further cooperation with Dixons Carphone, such as handset insurance and hardware.