Success as a CEO in Drug Development 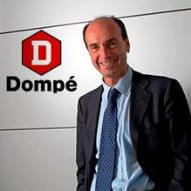 Under the Business Elite Awards 2017, the exclusive CEO of the Year – Italy award when in the direction of Francesco Sinigaglia, CEO and cofounder of Anabasis. We spoke to the man himself to find out more about his key role in the company, before he sold it to Dompé in 2011.

Francesco Sinigaglia is the CEO and co-founder of Anabasis, an Italian biopharmaceutical company developing Nerve Growth Factor (NGF) for severe eye diseases. In 2011, he sold Anabasis to Dompé for approximately 10 million upfront and 160 million in regulatory and commercial milestones. Francesco’s industry expertise lies in the life science, biotechnology and pharmaceutical sectors.

He starts the interview by detailing his role following the acquisition and his undoubted experience as a seasoned professional in the industry, plus his reflections on his greatest professional achievement to date.

“After the acquisition, I remained on board as COO to complete the development of the NGF. It was a great success, indeed NGF is now being approved in the EU by European Medicines Agency (EMA).

“Going back a bit, I spent more than 35 years in the biotech and pharmaceutical industry. This included 20 years at Roche, with the first 10 of these at the company’s headquarters in Basel and then as a research director in Italy. In 2002, I founded my first biotech company, Bioxell, that I took public on the Swiss Stock Exchange in 2006 and sold it to Cosmo Pharmaceutical three years later. In 2009, I founded the company Anabasis.

“My biggest achievement is the success of Anabasis, both in terms of scientific and clinical development and for the ability to create value. We financed the development programmes by ourselves and through the collaboration agreement with Dompé, thus avoiding the financial support of venture capital and consequently value dilution.”

Francesco then offers his thoughts on what makes him stand out from other CEO’s and the advice he would you give to anyone wishing to pursue the same career route.

“Drug development is a difficult and risky business. Indeed, only a very few drugs are approved each year and these are mostly from large multinational organisations. To have been able, with rather limited resources, to complete the preclinical, clinical and regulatory development and obtain approval by the regulatory authorities is indeed for me a very major achievement.

“For anybody wishing to take the same career route as me, I would underline that, if you believe that you have a good business idea, just go for it don’t be afraid to fail. It is very true to say that failure is a very important component of the learning process.”

Finally, Francesco draws our attention to another accolade he has won over the past 12 months, including the Best Biopharmaceutical Company – Italy and Excellence Award for Industrial Research 2017, as well as the Business Elite Awards 2017 CEO of the Year – Italy award that this feature interview celebrates.