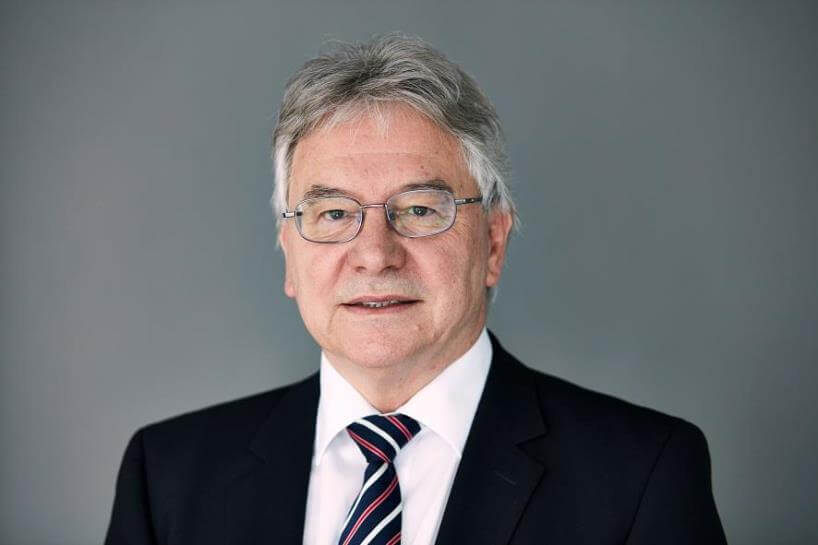 Novimmune is a privately held Swiss bio-pharmaceutical company focused on the discovery, development and commercialisation of antibody-based drugs for the targeted treatment of inflammatory diseases, immune-related disorders, and cancer. We spoke to the firm’s Eduard Enrico Holdener to find out more about his company, and how they fulfil their ultimate goal of bringing new medicines to patients in need.

First of all, could you possibly give us an overview of the antibody-based drugs you have been involved in?

To date, Novimmune has generated several therapeutic antibodies (mAbs), specific for clinically validated as well as novel targets which are in various stages of preclinical and clinical development.

Furthermore, the company has been purposefully targeting a number of orphan drug indications, driven by the hope of providing safe and effective treatment options to some of the often neglected populations suffering from rare diseases.

As such, each of our portfolio products has the potential of becoming a new medicine for multiple medical conditions due to their intrinsic mechanism of action. Four of these compounds are currently in clinical development with the most advanced in clinical Phase III, the last step before approval and commercial launch.

In cases where the mechanism of a discovered antibody indicates broader applications, Novimmune partners the development of the compound with larger pharmaceutical companies. For this reason, the company has partnered its anti-IL17 mAb compound with Genentech / Roche. In addition, based on a new, very innovative, proprietary technology platform, Novimmune has created two bispecific antibodies for the field of immuno-oncology with undisclosed additional targets as they are still in the discovery stage.

Could you give us a deeper into some of the antibodies you are are currently working on?

The most advanced compound in clinical development is NI-0501, an anti-interferon gamma (IFNγ) fully human mAb being developed for the treatment of hemophagocytic lymphohistiocytosis (HLH). This disease is characterised by an uncontrolled hyper inflammatory response for which IFNγ plays a pivotal pathogenic role. HLH is lethal if untreated, and can occur as a primary, genetically driven form which is present most often in infants and young children, and as a secondary form triggered for example by an autoimmune disease (e.g. rheumatoid arthritis), an infection or a malignancy.

While hematopoietic stem cell transplantation (HSCT) represents the only cure for primary HLH, remission or low disease activity must be present in order to proceed with HSCT. NI-0501 has the potential to induce remission of active HLH both in patients suffering from primary forms prior to HSCT (preliminary data already published) and in patients with secondary forms of HLH (study about to start). The medical need in HLH is extremely high, with the latest reported mortality for primary HLH being at 40-50 % using the current best available care, immuno-chemotherapy.

This involves the administration of a number of drugs not approved for the treatment of HLH, with significant toxicities increasing the already high morbidity and mortality in this patient population. NI-0501 could become the first approved medicine for these patients in dire need for better treatments.

The second program in clinical development is a monoclonal antibody directed against the molecular target Toll-Like Receptor 4 (TLR4), NI-0101. TLR4 pathways are major contributors to the innate pathological inflammatory response after acute and chronic tissue damage as well as after recognising pathogen-associated molecules (e.g. lipopolysaccharides) and are thought to be relevant in the pathogenesis of diseases such as rheumatoid arthritis (RA) and sepsis.

NI-0101 is the first mAb developed to block TLR4 and a phase two study in patients with RA (i.e. first testing for efficacy in humans) has already been cleared to proceed from regulatory authorities in the US and UK.

Looking more at the R&D aspect of your company, what types of research is your company currently engaged in?

In addition to the compounds in clinical development, all of which originate from Novimmune research laboratories, the company has more recently developed two unique and proprietary antibody generation platforms — a monoclonal antibody platform and a bispecific antibody platform — designed to streamline the identification, production, and characterisation of fully human antibodies. Novimmune also makes these technology platforms available to create unique antibodies at the request of pharmaceutical companies. Our recent research collaboration with Baxalta is a perfect example of this partnering approach.

As part of your partnering approach, what sort of academic connections does your team have?

Novimmune has intense research collaborations with over 50 institutions in Europe and the US. NovImmune S.A. is also beneficiary of two EU grants and coordinator of a third one called “FIGHT HLH” (FP7). The clinical study work is currently nearly exclusively done in academic hospitals on both sides of the Atlantic. For NI-0501, there are currently 15 sites collaborating with Novimmune in Europe and 6 in the United States and a number of additional sites are in the process of being opened.

Could you outline something about the ethos and values that underpin what you do at your firm?

In order to be successful in our mission, to bring new medicines to patients in need, our philosophy is to innovate based on excellence in science and clinical research. Any new initiatives and projects we embark on have to offer the potential to be ground breaking and revolutionize treatment of the disease that is targeted. In addition, Novimmune follows strictly ethical principles in its programs, and by adopting such research ethics and ensure that they are done in good, just and scientifically appropriate ways. In addition, GLP, GMP and GCP guidelines provide the operational boundaries to carry out appropriate drug development.

As a company working in a highly competitive industry, what do you believe sets you firm apart from your competitors?

Novimmune’s portfolio is unique in the sense that all four of the actively pursued assets as described above have distinct differentiating features from competing approaches. They are a combination of first in class, first in disease, or accompanied by a response predicting biomarker program complemented by strong intellectual property.

What role do your people play in the success of your firm, including your management team?

In total, Novimmune has currently 122 highly qualified R&D employees of 16 different nationalities. There are 25 PhDs and 5 MDs in the various departments of the company, and the average age of the staff is 38 years. These people are managed by a highly experienced Executive Management Team with more than 100 years’ professional experience in the bio-pharmaceutical industry. Moreover, Novimmune has the tradition of offering positions to interns and students of various Universities to complete their engineering, masters or doctoral thesis work. Several of these young scientists ultimately become full-time employees of the company.

What major trends are you facing in the biopharmaceutical industry?

The focus on rare diseases has attracted an increasing number of biotech companies and also large pharmaceutical companies to engage in this class of diseases as they are characterised by a high medical need and most often no drugs specifically developed to address these diseases. However, over the past few years, driven by increasing interest from a medical but also commercial point of view, more products have been brought successfully to the market. Many more thousands of these orphan diseases are still waiting for effective and safe therapies. Across the whole development cycle for the generation of new medicines in this, considerable drug development experience is required and often very specific disease related skills, too standard development processes are in fact often only partly applicable.

Looking towards the latter half of 2016 and beyond, what are the major challenges facing your company?

The most important challenge is to keep the high required level of quality, in spite of significant increases of trial activities, and meet the set timelines. In addition, the monitoring of drug availability represents a significant challenge, as the epidemiology of these diseases is not always known.

As our most advanced program is for an ultra-orphan disease (primary HLH), close, open relationships with regulatory agencies are paramount to identify the best and fastest way forward to bring our new medicine to these very sick children.

As often happens when a drug is specifically developed for a rare disease, the dissemination of scientific data about the development program influences significantly the identification of new cases of the disease, particularly due to better and earlier diagnosis. Consequently, the communication with the treating physicians is extremely important. In addition, Novimmune will have to pay particular attention to reimbursement policies in view of the increased pressure on drug prices in orphan disease. Early market access opportunities will also be explored in the coming months.

Ultimately, the fact that Novimmune is developing the first targeted medicine in a potentially lethal disease (primary HLH) for infants and young children is an inspiration to all of our employees and maintains a high level of motivation for all of us towards success.