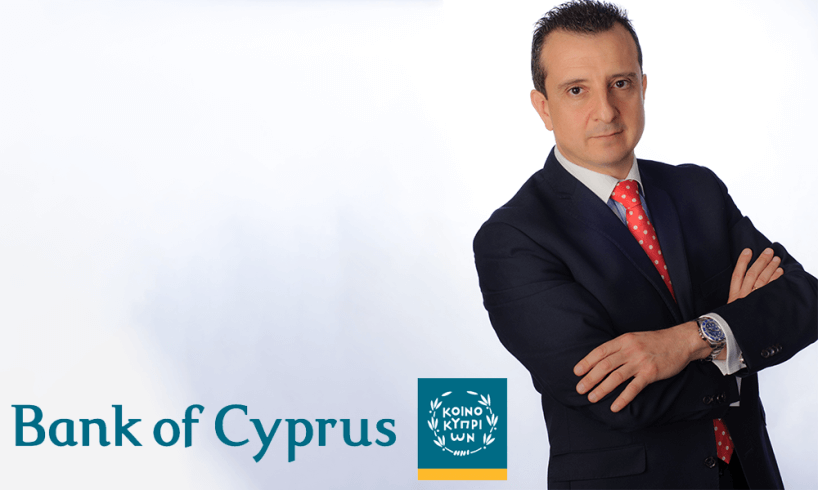 Founded in 1899, and headquartered in Nicosia, Cyprus, Bank of Cyprus is today the leading banking and financial services group in Cyprus, with significant market shares across all businesses. Today, Marios Skandalis is the Director of the Group Compliance Division of the Bank of Cyprus Group, and in this special feature he details his thoughts in being awarded the covetous 2016 Banker of the Year – Cyprus award.

he Bank of Cyprus Group provides a wide range of financial products and services which include retail and commercial banking, finance, factoring, investment banking, brokerage, fund management, private banking, life insurance and general insurance. The Group has 129 branches, of which 123 are in Cyprus, one in Romania and four in the United Kingdom. Bank of Cyprus also has representative offices in Russia, Ukraine and China.

Winning the 2016 Banker of the Year – Cyprus award is a real honour for me and for the institution I represent, but at the same time it constitutes yet another independent recognition of the collective effort of all of my colleagues at the new Bank of Cyprus for transforming the culture of the largest corporation of our country.

Despite the fact that our Bank only recently successfully completed this remediation programme, which clearly differentiated it from all other financial institutions, recognition has been considerable and widespread.
Today our Bank is the only financial institution in Cyprus to be successfully accredited by the Business Integrity Forum, supported by Transparency International, and granted relevant membership. A renowned international consulting firm has positively benchmarked our Bank among the best well-governed institutions in Europe.

Our Bank has successfully completed all relevant actions for listing on the London Stock Exchange. Today, it is the only financial institution in Cyprus that fully complies with both the Cyprus Stock Exchange Code and the United Kingdom Code, with adherence to best international practices.

Bank of Cyprus was recently granted the Award for Best Corporate Governance for 2017 in Cyprus from a renowned international magazine. The award will officially be announced by the end of the 1st quarter of year 2017. Bank of Cyprus was also recently awarded for Best Transparency and Anti-Corruption Practices in Cyprus for 2016 by Transparency International (Cyprus).
Review of 2016 2016 was when we completed the highly demanding two-year-long remediation programme in terms of reforming the compliance and governance culture of our Bank in order to create, implement and promote a corporate culture of ethics in all core and administrative operational areas of our institution.

This has been a ground-breaking programme where Cyprus is concerned, focusing not on mere adherence to laws and regulations, but on reforming attitudes and setting ethical rather than corporate objectives.
The significant cultural transformation of the new Bank of Cyprus in the space of only two years is not at all coincidental, but on the contrary it is the outcome of: • Its diverse and international, new shareholding basis; • Its highly skilful and internationally reputable new Board of Directors; • Its highly competent new senior management team; • Its highly competent, hardworking and committed staff and; • Its values and culture.

The new Bank of Cyprus managed within a short period of time to regain the confidence of its customers and stakeholders by applying, amongst others as mentioned above, a robust compliance function based not only on local regulatory requirements, but also best international practices of major financial institutions.

What differentiates our Bank from other institutions is mostly the fact that its strategy is primarily based on values and culture-based objectives rather than on a rigid rules-based regulatory framework.

The new values set by the new Board of Directors, based on integrity, transparency, accountability and confidentiality, in conjunction with strategic enhancements in the overall monitoring, assurance and awareness of our governance framework, has inspired all members of the Bank, at all levels of management, to behave accordingly.

Plans for 2017 and beyond 2017 will be a landmark in the history of our Bank as it will be the year when the expected listing on the London Stock Exchange will crystallise. It is a high-profile listing which will be the hallmark of the new culture and ethics of our new Bank; a listing reaffirming the robust relationship that we want to have with our customers, shareholders and other key stakeholders. Our commitment to them is ensuring that our Bank will be their most loyal and reliable business partner.

I would like to thank Acquisition Intl. magazine for honouring me with this award, and I urge all its readers to initiate a cultural and ethical transformation within their own corporations, similar to what we have successfully implemented in Bank of Cyprus.
An ethics-based approach to achieving corporate objectives is something that we owe to our customers, shareholders and stakeholders but also to the public in general.