The Intersection of Art, Commerce and Broadcasting 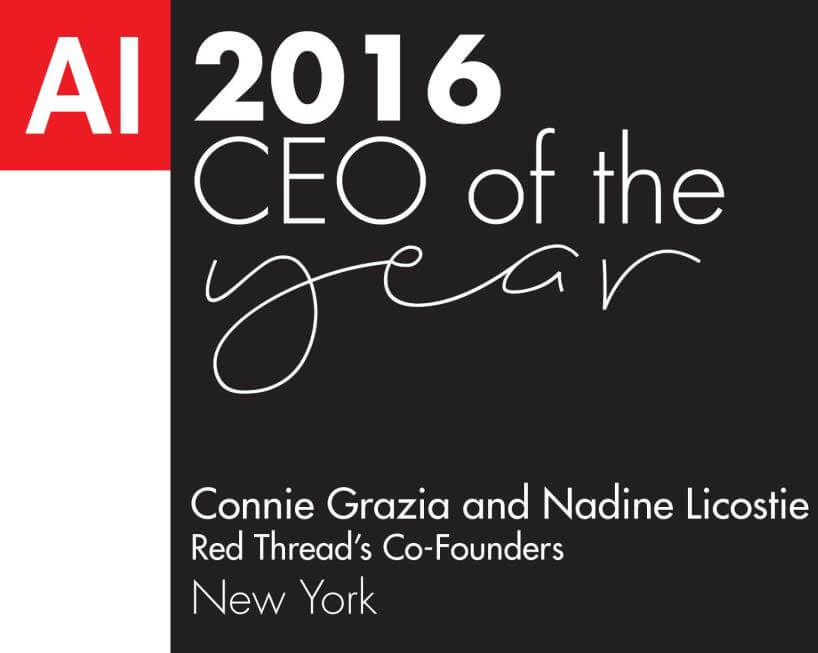 If first impressions and encounters are at all foretelling, the initial meeting of Connie Grazia and Nadine Licostie would be a terrific example. After all, it was 4 o’clock in the morning, on a street corner in New York City’s Times Square, when Grazia and Licostie were introduced to each other on a film shoot for ABC’s Good Morning America. The two immediately felt a knowing sense of each other’s talents, fortitude and willingness to go wherever they were needed. Women in the entertainment field were (and are) a minority group and access to projects could be considered for some an uphill battle in a male dominated field. The two future business partners were part of a growing group of young women and men, pursing their dreams at the cutting-edge of technological breakthroughs in storytelling and media.

Fast-forward 20 years later, and Grazia and Licostie are still at the helm of Red Thread, a growing agency for modern brands and entertainment companies worldwide.

Producing events and videos for the firm’s biggest clients including, Hewlett Packard Enterprise, Bank of America, History and CBS, they both continued to cover business-to-business (B2B) events and produce ground breaking content for their clients.

This article tells us the remarkable story of this innovative company and the undoubted dedication of its founders, Connie Grazia and Nadine Licostie.

Red Thread serves clients across a number of industries including entertainment, technology, financial services, healthcare and hospitality. In addition, Red Thread has taken part in many nonprofit organisations.

Grazia and Licostie are both natural born leaders and possess an excellent work ethic, factors which have paid dividends as the firm has continuously grown since it began. In addition to having a vision for the company, they are hands-on and involved with the team, whether that be editors, creative directors, writers or brand strategists. One of their biggest responsibilities has been putting together appropriate teams for each project. Helping clients find creative solutions is what really motivates them.

As a company, Red Thread works with clients to tell their stories to key audiences through film, live events and special digital campaigns. Creating entertainment-worthy B2B events is their speciality, and they work with Hewlett Packard Enterprise, Bank of America, History and CBS and others on signature events.

Recently, Red Thread has developed a core capability that combines their experience in broadcast & live events. Custom-built content
studios are constructed in B2B event environs where executives, customers and partners are leveraged to help tell the brand story. In these cases, fully realized broadcast equipment packages are literally trucked into the venue and the live streaming begins. This real-time storytelling is akin to network television’s Olympic coverage where the physical event attended by many thousands of people is extended 100 fold.

The result does wonders for the marketing of the event, amplification of the brand attributes and broad financial savings for the companies involved.

Red Thread has a multi-disciplinary team who makes them the company they are today. The culture and collegiality the firm has connects everyone and this philosophy is really something Connie and Nadine are passionate about. As well as producing the self-financed documentary ‘The Last One’ which premiered on Showtime, they also get behind projects they really care about such as social justice issues whether it be for education or lesbian, gay, bisexual and transgender (LGBT).

Going forward as the industry evolves, Red Thread’s aim will be to remain at the cutting edge of new developments. At the present time, the firm is re-branding and has dropped the word productions from their name because it does not reflect all of the services they provide. Red Thread’s aim is to continue to grow as a company and break new ground telling stories that connect people and have lasting impact.