Resolving Franchising Disputes in the UK 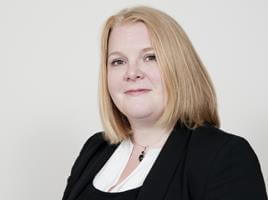 Resolving Franchising Disputes in the UK

Franchising is the granting of a license by a franchisor to a franchisee, which entitles the franchisee to operate their own business using the franchisor’s brand, systems, knowhow and business model. It is a close relationship under which the franchisee receives initial training and, crucially, ongoing support to establish a previously untrained person in the business.

Preventing a dispute starts with the agreement; franchisors need to seek expert legal advice to ensure that the agreement is drafted carefully, precisely and, ideally, in line with the British Franchise Association’s Code of Ethics. Further, the franchisor’s whole recruitment process, marketing literature and website content should be tightly drafted and controlled, to reduce the potential for claims such as misrepresentation. Franchisees should be encouraged to seek expert legal advice on the franchise agreement, and independent financial advice on the business plan and financial prospects of the franchise offering.

When a dispute arises it is important for both sides to have a clear idea of what they want to achieve. Legal advice with a clear commercial focus on options and strategy should be sought. This should be done quickly, particularly in cases where there is a threat
of non-compete clauses being breached, or IP being misused (in which case injunctive relief may be appropriate). It is however important to remember that protracted and expensive litigation is rarely in anyone’s interests.

It follows from the above that expert legal advice is a crucial part of any franchisor’s risk management strategy. Stevens & Bolton LLP is one of the UK’s leading national law firms with 36 partners and over 200 staff. We advise a number of the top 100 and other UK FTSE companies, as well as many other substantial international groups. The franchising team has a broad range of experience in commercial agreements, competition law, intellectual property issues and dispute resolution, including international arbitration. It is experienced at preparing comprehensive and robust franchise agreements, and also dealing with franchise disputes quickly and confidentially, to ensure that their impact on the client’s business is minimised as far as is possible.