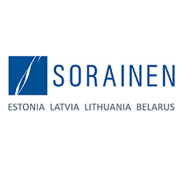 AS Graanul Invest acquired from BillerudKorsnäs AB and Baltic Resources AB 100%  of Sia Latgran. Estimated closing of transaction is in July 2015.

Latgran is the biggest wood pellet producer in Latvia. In 2014 it produced in its four plants 473.000 tons of pellets and turnover of the company was 73 million Euros. Production estimate for 2015 is around 600.000 tons of pellets.

Acquisition of Latgran is part of Graanul Invest’s development plan and enables the company to provide better logistical solutions as well as better security of supply to its customers.

With acquisition of Latgran, Graanul Invest becomes the biggest producer of wood pellets in Europe with annual production volume more than 1,8 million tons of pellets per year.