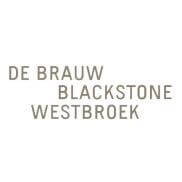 NXP Semiconductors N.V.  announced an agreement that will facilitate the sale of its RF Power business to Jianguang Asset Management Co. Ltd. Under the terms of the agreement JAC Capital will pay $1.8 billion for the business.

The NXP RF Power business is one of the market leaders in high performance RF power amplifiers primarily focused on the cellular basestation market, but with potential future growth applications in the areas of industrial lighting, next generation cooking and automotive electronic ignition systems.

“The creation of a new company focused on the RF power amplifier market is a ground breaking transaction for JAC Capital and a great deal for our customers. Although we would have expected a higher valuation in a regular disposal, JAC Capital’s ability to support continued growth and development of the business and its ability to sign and close a transaction rapidly was a key factor in enabling the best outcome for our customers and shareholders, as well as supporting the closure of the merger with Freescale Semiconductor,” said Richard Clemmer, NXP Chief Executive Officer.

“We are happy to reach an agreement to acquire the RF Power business from NXP with its strong team and established technology. We will keep on increasing investment in R&D, manufacturing and customer service of the new company to strengthen its market position. JAC Capital and its shareholders will also help the new company to maintain fast and stable growth through our network of worldwide financial institutions, industrial leaders and JAC Capital’s management team with many years of experience in the semiconductor and telecom industry,” said Brighten Li, Chairman of JAC Capital Investment Evaluation Committee.

Under the agreement, the entire scope of the NXP RF Power business and approximately 2,000 NXP employees who are primarily engaged globally in the RF Power business, including its entire management team, are to be transferred to an independent company incorporated in the Netherlands, which will be 100% acquired by JAC Capital upon closing of the transaction. Additionally, all relevant patents and intellectual property associated with the RF Power business will be transferred in the sale, as well the NXP back-end manufacturing operation in the Philippines that is focused on advanced package, test and assembly of RF Power products.

The transaction, including the entry into and the terms of the definitive agreements and the approval of JAC Capital as the acquirer are subject to review and approval by the US Federal Trade Commission, the European Commission, MOFCOM and other agencies in connection with their review of NXP’s proposed acquisition of Freescale Semiconductor, Ltd. (NYSE: FSL).

NXP and JAC Capital expect the sale to close within the second half of 2015, pending required regulatory approval and employee representative consultations. NXP anticipates the sale of its RF Power business to be dilutive to earnings on a stand-alone basis in the fourth quarter 2015 and 2016. Proceeds from the sale of the RF Power business will be used to partly fund the previously announced acquisition of Freescale Semiconductor, Ltd.