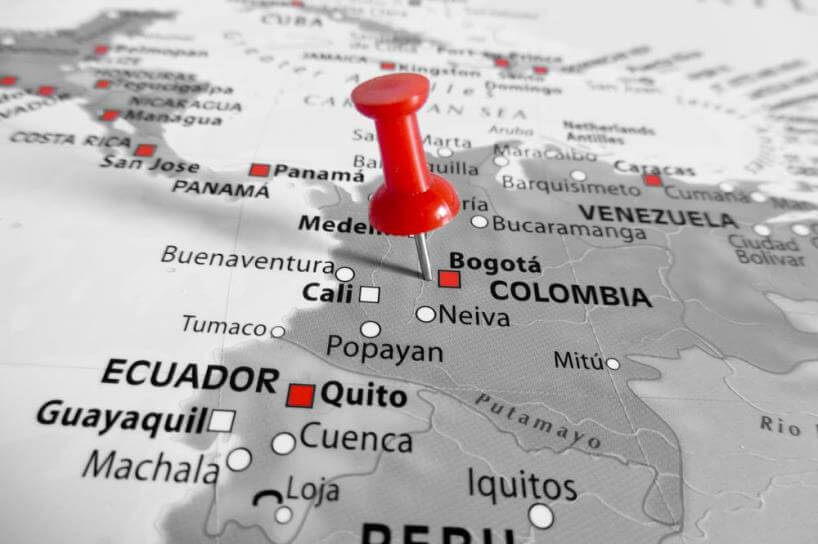 Today, Invest in Bogota announced that the city will host numerous key industry events in 2015 through 2017, further establishing Colombia and its capital as a world-class destination for business.

Colombia ranks third among Latin American countries in hosting events, with Bogota being the main contributor, according to the most recent report from the International Congress and Convention Association.

The allure of the country can be reflected in the 68,617 foreigners who participated in the congresses or conventions supported by the Greater Bogota Convention Bureau between 2010 and 2014. According to the ICCA, the arrival of 27,400 such visitors between 2015 and 2018 is already confirmed, and this number continues to increase.

“These candidacies are an achievement not only for Colombia but for all of Latin America,” said Sandra García, Bureau Director for Greater Bogota Convention. “Our presence in these global events demonstrates the relevance countries in this region have undertaken. In particular Bogota has been ranked as one of the strongest options in the areas of tourism and investment by studies from prestigious firms such as IdN Intelligence, fDi Magazine, and AT Kearney rank.”

Among the major events that the Colombian capital will host in 2015 is the Pan-American Congress of Ophthalmology, scheduled for August 5–8. The event is estimated to attract 3,000 participants and approximate economic impact of USD$4,200,000.

Bogota will also host the Fifth United Cities and Local Governments (UCLG) World Congress in 2016, a significant opportunity to demonstrate to the world that Bogota is a city with long-term strategic vision. Headquartered in Barcelona, UCLG is the primary spokesperson for local governments worldwide and is present in 140 of the 191 UN member countries. More than 1,000 cities from 95 countries are direct members of UCLG, which represents nearly every local government.

The UCLG summit is held in a different country every three years. Colombia is the second destination in the region, followingMexico, to have the honor of receiving more than 3,000 local and regional leaders. The event will also offer substantial economic benefits to the city as it will provide hotel accommodations for participants throughout the duration of the summit and use more than 15,000 m2 of exposition space and 30 large halls to conduct the academic agenda. In total, the UCLG summit will yield an economic impact of approximately USD $5 million for the city.

Another meeting of great importance to Bogota and its surroundings is the Annual Meeting of Latin American Dermatologists, which is confirmed for May 25–29, 2017. The event is estimated to attract 3,500 participants and approximate economic impact of USD $5,250,000.