Skip to content
Home / Biocon to go Ahead with Syngene IPO, Listing Likely in July

Biocon to go Ahead with Syngene IPO, Listing Likely in July

Biocon to go Ahead with Syngene IPO, Listing Likely in July 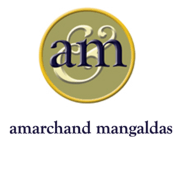 Biopharmaceuticals major Biocon on Tuesday said that the unlocking of the value from its contract research subsidiary Syngene would help the company fund its research and development programmes.

Syngene has already filed the draft red herring prospectus (DRHP) with the Securities and Exchange Board of India (SEBI), seeking approval for an initial public offering (IPO). The company is estimated to be raising around Rs 600 crore through this public issue.

“We are unlocking value from Syngene to fund our R&D programmes, which include a rich pipeline of biosimilars and novel biologics. This fund infusion will help accelerate these programmes which are at various stages of development currently,” said Kiran Mazumdar-Shaw, chairperson and managing director, Biocon.

This is an offer for sale (OFS) by Biocon of a part of its shareholding in Syngene. Biocon along with its subsidiary Biocon Research Limited (BRL), currently holds an 84.5 per cent equity stake in Syngene. The company is offering to sell up to 22 million equity shares of face value of Rs 10 each, through Syngene’s IPO.

The offer includes a reservation of two million equity shares for Biocon’s public equity shareholders, being individuals and Hindu Undivided Families (HUFs). The offer would constitute 11 per cent of the post offer paid-up equity share capital of the company.

During the nine months period-ended December 31, 2014, Syngene serviced 195 clients, ranging from multinational corporations to start-ups, including seven of the top 10 global pharmaceutical companies by sales for 2014.

Syngene had reported revenues of Rs 707.7 crore for the previous financial year-ended March 31, 2014 and Rs 617.5 crore for the nine months period ended December 31, 2014. Earlier this month, the company appointed Peter Bains as its Chief Executive Officer. Bains has been a part of Syngene since January 2010 as a director and has more than two decades of experience in the pharmaceutical space.

“Syngene has a proven track record of providing quality NME discovery, development and manufacturing services. It has long-standing partnerships with three of the world’s leading global healthcare organisations, including Bristol-Myers Squibb Co. and has attracted equity participation from India Value Fund recently, which is reflective of the scale, the value and the quality of the differentiated business model of Syngene,” added Mazumdar-Shaw.