Striving for Excellence in Banking 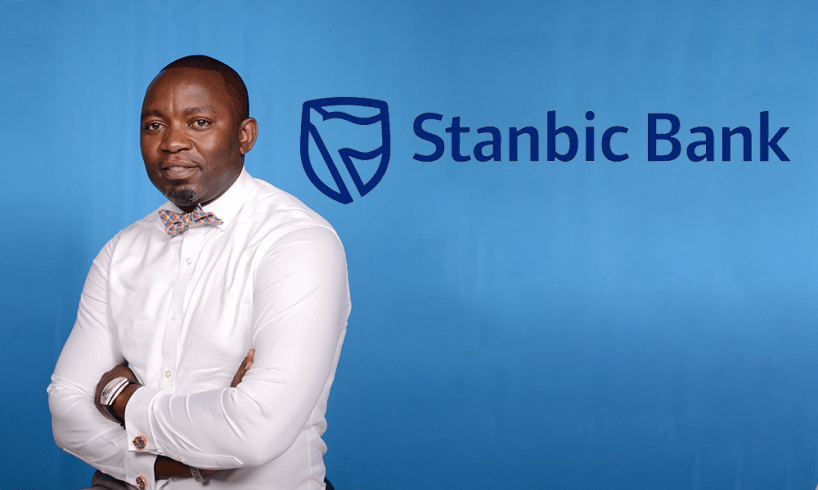 Ben is a commercially astute banking executive with an outstanding PanAfrican track record of success in developing profitable business functions and turning around poorly performing ones. Following his success in the Manager of the Year – Kenya award, as part of the Business Elite Awards 2017, we interviewed him to find out more about his background and his current job role.

By way of an introduction, Stanbic Bank Kenya is a subsidiary of the Standard Bank Group, a leading Africa-focused financial services organisation with a history of more than 154 years on the continent. It is Africa’s biggest bank by assets and operates in 20 countries across the continent, including South Africa and other key markets around the world.
Stanbic Bank Kenya serves three broad client groups namely Personal and Business Banking (PBB), Corporate and Investment Banking (CIB) and Wealth, giving people the financial tools they need to grow as individuals and business owners. As Pan-African bank, the firm believes that they can, and do, make a positive difference to the lives of their fellow Africans, in a lasting and powerful manner.

Ben Wandawanda is a graduate of the Gordon Institute of Business Studies, University of Pretoria’s Advanced Management Program in Retail Executive Business Development and also holds an MSc in Strategic Management from Derbyshire Business School, University of Derby as well as a BSc in Applied Physics and Mathematics.

Ben’s 18 years of work experience spans across Internet Service Providers, ICT and telecommunications and banking. He worked as Head of Business Banking for Standard Bank Malawi for 6 years before moving to Kenya in January 2013 as the Executive Head for Business Banking in Kenya and South Sudan. Ben begins the interview by sharing his thoughts on being selected for the Manager of the Year – Kenya award, as part of the 2017 Business Elite Awards.

“Firstly, it is humbling to be selected as Acquisition International’s Manager of the Year – Kenya and I feel greatly honoured for this. However, I would like to pay tribute to the great business banking team that I lead in Kenya; they are the true heroes and heroines who provide me with a never-ending supply of inspiration to stay hungry and continue to strive for excellence. We celebrate every win, for the briefest of moments, then regroup to move on to the next challenge.

“For me personally, this recognition is testimony that through hard work and by putting people first, the customer effectively becomes first by default, and in the end, the shareholder comes first by default as well…. this is how as a collective, we can win. I also hope that when my two children get to read this publication, they will be filled not only with a sense of pride but a sense of determination to achieve even greater things in their lives.

“For our bank, this recognition is confirmation that we continue to make positive steps in changing people’s lives and contributing to the growth of Kenya’s economy. As a bank, we are committed not only to Kenya, but to the African continent and its people.”
With the current state of the fluctuating markets, due to a number of factors including Brexit and the USA presidency, Ben shares his thoughts on the extent to which he thinks that the strongest businesses stand out amongst the competitors, and how Stanbic Bank Kenya continues to thrive in these challenging times.

“When you look at both these risk scenarios (Brexit and USA Presidency), there could both direct and indirect impact for a company in question as well as the jurisdiction it is operating in. For instance, a horticulture firm operating in East Africa that relies heavily on GBP revenue from UK, will inevitably get hit from the effect of a weaker GBP and also the subsequent slowdown within the UK economy as a result of Brexit.

“The long-term impact on the UK economy from the Brexit decision will likely be slower exports since most of its trade is done with the EU hence once it loses access to this single market area, economic growth will most likely be muted. Of course, the Donald Trump presidency also brings about a fair amount of uncertainty due to the unpredictability of policy from the US. Trump may decide to reduce donor support towards some African economies, but the near-term risk for African firms and economies is the high likelihood of a stronger Dollar over the course of the year, which could also lead to more expensive rates for Dollar debt.

“The Trump administration has also proposed to reduce taxes in the US and this has prompted the US Federal Reserve to flirt with the possibility of raising rates faster in 2017 in an attempt to reign in any potential inflationary threats owing to the likely reduction in taxes.”

The Kenyan economy is not heavily reliant on donor flows but most textile firms in Kenya export to the US, Ben explains, adding that should there be any disruption in the trade relations between Kenya and the US, textile firms could face severe headwinds. Ben then explains this interesting point in his own words.

“In this world of uncertainty with Trump and Brexit, the two key strategies that will make firms resilient are ‘diversification and appropriate risk management’. For instance, should a horticulturist expect their GBP revenue from UK to slow down after Brexit, they should perhaps look to hedge this currency risk.

“Alternatively, as demand for products from the UK is likely to subside over the coming years, firms need to try and look for new developing source markets so as to minimise the revenue concentration risk away from the UK.
“The same goes for an importing firm which could be worried about the Dollar soaring against African currencies from Trump’s tax proposals, and in this case, the hedging strategy should be adopted. Also, should the firm in question have any outstanding Dollar debt, they should quickly consider to swap the debt currency or fix the interest rate in order to enhance profitability.”
Ben then wraps up what has been a very interesting interview indeed, by reflecting on his aspirations for his employer as it continues its exciting journey in 2017 and beyond.

“As we continue to operate in a turbulent microeconomic environment, my future aspiration for Stanbic Bank Kenya is to continue driving the acquisition of profitable transactional customers whose ecosystems we will support for our mutual growth and thereby build a sustainable bank that will continue to deliver acceptable returns to our shareholders.

“If we can achieve this, while keeping our people excited about coming to work daily, the knock-on effect will effectively transcend to our customers and as an organisation and we will certainly touch many lives and contribute to our country and the continent’s growth.