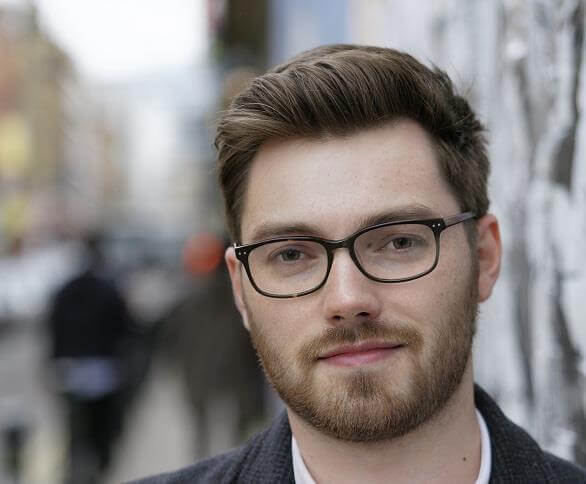 Ajuve is a highly innovative online dispute resolution service whose slogan is ‘Hate lawyers? Love Ajuve”. A bold statement, perhaps, but their new service is targeting the public’s many reservations about the legal industry, and is designed to revolutionise the settlement of disputes. We engage in a conversation with Alex Bargate, CEO and Co-founder of Ajuve, to find out more.

Ajuve is the brainchild of father and son duo Quentin Bargate, who heads Bargate Murray, a leading commercial law firm in London and his tech start-up entrepreneur son, Alex. It all began a few years ago when Quentin, a seasoned litigator, told Alex of his frustration at the cost, formality and complexity of litigation and the idea of designing something better was born.

Alex has no doubts that its online alternative will transform the industry. “It is inevitable,” he says. “For example, last year Professor Richard Susskind, the IT Adviser to the Lord Chief Justice of England and Wales, said the civil court system is “too costly, to slow and too complex…”. Furthermore, if you ask anyone with a dispute how they are going to resolve it, you’ll find is that most people simply do not have a clue.”

With the many drawbacks and complications of the courts system, the legal industry as a whole is simply out of touch with the ordinary man or woman on the street. As Alex explains: “Broadly speaking, people are intimidated by the court system. The impression they have is that courts are expensive, use outdated procedures and arcane terminology and are inconvenient. Not to mention the fact that they are also very slow. The average person sees a system apparently designed to benefit fat cat lawyers with deep pockets, and not them.”

Drawing back to Professor Susskind, his February 2015 report stated that “There is no doubt that online dispute resolution is an area with enormous potential for meeting the needs of the system and its users in the 21st century. …The challenge lies in delivering a system that fulfils that objective”.

As a result of this atmosphere, Alex believes that an online alternative has tremendous growth potential. “Every year, some 1.75 million claims are filed with the civil courts in England and Wales, of which, approximately 270,000 are defended. We at Ajuve will offer a far better simpler and more convenient solution.”

Furthermore, it is not just current users of the court system who stand to benefit. The ambition behind Ajuve is to overcome many of the barriers associated with traditional dispute resolution, and instead provide a platform for people who would never even conceive of using the traditional disputes system. “We think that the timing is right for a vibrant, new, user friendly solution to dispute resolution,” says Alex. “That solution, Ajuve, is based on eliminating all of the obstacles to justice that users of the court system might face. We have done this by eliminating unnecessary steps, keeping everything online and ensuring speed cost and justice are all paramount.

“We at Ajuve believe that online dispute resolution stands to take a very substantial market share of cases now handled by the courts and by traditional arbitration,” added Alex. “With this platform, small and medium sized businesses and individuals should have access to a system that they can understand, afford and trust. Resolving disputes should become an everyday part of the business process and one that they, the users, control.

“But it’s not just individuals and businesses that stand to benefit,” says Alex. “Additionally, other professionals, including lawyers, will be invited to partner with Ajuve’ s “Quick Look” system, which means users of the system can ask short questions of partnering professionals if they are not sure of the next best step, this will help the parties and may potentially lead to the partners obtaining new leads and work from participants.”

Ajuve has therefore been designed from the ground up to be a one stop dispute resolution forum, allowing users to resolve their disputes entirely online using one of the aforementioned three component parts; the settlement calculator for the smallest or least complex disputes, facilitated online discussion (mediation), or binding online arbitration.

“Also, because everything is dealt with online, users of Ajuve will not have to sit around in cold waiting rooms in an obscure court building possibly miles from their home or office, waiting for their case to be heard by an overworked judge.”

Despite the many advantages of online dispute resolution, both Alex and Quentin Bargate believe that spreading the word about its advantages, and dealing with some defiant legal professionals has been their main challenge. As Alex says “Getting the message across is always a challenge. However, Ajuve will have a series of helpful educational videos to walk users through the process. While we may face some resistance from other lawyers to begin with, we think the majority will see its obvious benefits. Ajuve is actually a solution to their headache of dealing with unprofitable claims.”

Alongside the advancement of online dispute resolution, many law firms and educational institutions across the globe been testing cognitive systems that can aid and speed up the legal research and reviewing process. However, while cognitive systems also provide an alternative, Alex is adamant that the lack of people working behind these systems is what makes Ajuve a much better option. “Cognitive systems cannot answer the need for what might broadly be described as “justice”. Ajuve, on the other hand, can and does.

“Real people stand behind Ajuve,” says Alex. “The Arbitration module for example, employs experienced people (arbitrators) with the necessary skills. Claims are filtered to the right arbitrator based on the responses to simple questions when a claim is notified. Overlooking the entire system is a supervisory board which acts as a quality control monitor. Ajuve uses the power of the Arbitration Act 1996 and its own terms and conditions to deliver binding arbitration awards in no more than six or so weeks. Remember: justice delayed is justice denied!” Looking further down the road, Alex is confident that people will learn the value of Ajuve: “We have funding for the immediate future, but as the business scales up, with a potential international client base, then we may look at other sources of funding. As we progress, then scalability is key.”