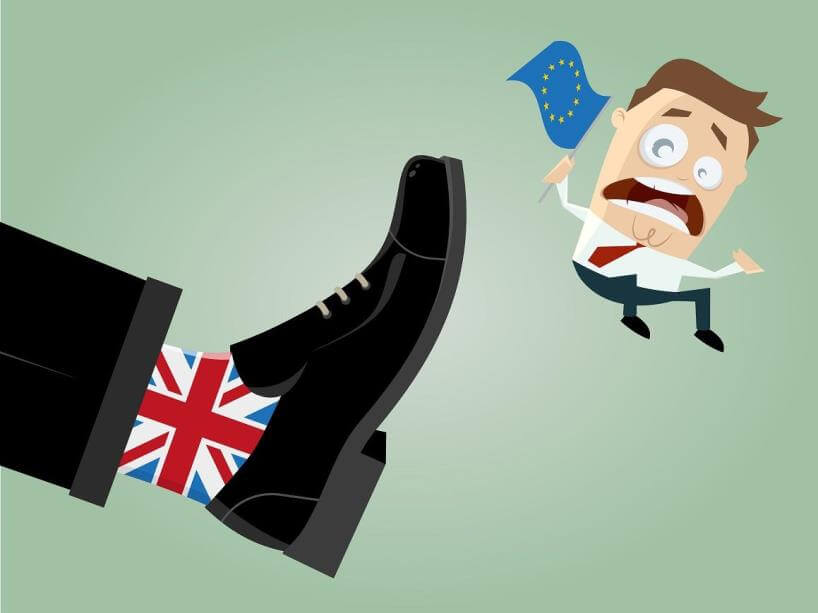 Britain leaving the European Union (commonly coined “The Brexit”) has sparked a lively nationwide debate. Opinion polls are split, and even the President of the USA has waded into the muddied waters to give the ‘stay’ campaign some more weight. Graham Busch from Lawrence Grant Chartered Accountants gives Acquisition International a clearer picture of the tax aspects surrounding the upcoming referendum.

There are just as many reasons to argue in favour of staying in, as there are for leaving the EU, which is probably why this debate is becoming more intriguing, if not more frustrating for the general public to make a clear decision one way or the other.

This article will speculate on some of the possible tax aspects of a ‘Brexit’ or a ‘Bremain’. I emphasise “speculate”, as it is hard to predict with much degree of certainty how the UK, the EU and other affected countries would react post a Brexit.

The War on Tax Avoidance

The UK is currently at the forefront (arguably, some would say!) of the global crackdown on tax avoidance. This extends to corporate tax avoidance (profit shifting to lower taxed jurisdictions) and personal tax avoidance and even evasion (as in the Panama Papers affair). A Brexit may allow the UK greater freedom to pursue its preferred attack on “immoral” tax avoidance. A Brexit may also hamper intra-EU information exchanges for the UK and make the obtaining of information from current EU member states more difficult.

Brexit supporters would counter this by pointing to the fact that much of the worldwide co-ordinated attacks on tax abuses occurs under the auspices of the OECD (Organisation for Economic Cooperation and Development) anyhow. Cases in point are the 15-point action plan to tackle BEPS (Base Erosion and Profit Sharing) and the Common Reporting Standard (CRS) requiring enhanced cross-border information sharing. Both of these are OECD initiatives. A Brexit would probably detract from neither.

• It has been argued that the UK leaving the EU will allow the UK to provide incentives and reliefs to UK companies only and not to non- UK resident companies. Frankly this seems unlikely.

• Similarly, UK personal allowances may no longer be available to EU citizens. This has more legs than the above.

• Tax harmonisation has never progressed far in the EU. Therefore, a Bremain will probably not be detrimental inasmuch as EU pressure for the UK to move closer to EU members in terms of tax unification has not been an issue in the past.

As an EU member, the UK is currently bound by the following directives:

• The Parent-Subsidiary Directive, which exempts an EU subsidiary from applying withholding taxes to dividends paid to an EU parent company.

• The Merger Directive, which provides a deferral of tax on mergers (transferring of assets and liabilities from one EU member state to another) and removes fiscal obstacles to cross border re-organisations.

On a Brexit, the above fiscal advantages would be dependent on the relevant terms of Double Taxation Agreements. These would need to be re-negotiated to provide such companies the reliefs they currently enjoy.

• A Brexit would not seriously damage the UK’s VAT system. It will however allow the UK to set its own VAT rates and VAT rules, although many would argue that the UK already does both.

• Import VAT would possibly become chargeable on goods bought from the EU.

• Exports to the EU would possibly be free of VAT to all EU customers. Currently for a UK VAT registered business to avoid charging VAT to an EU customer, the rule is that the customer must be VAT registered themselves in the EU.

• The present system for UK businesses not to charge VAT to EU customers depends on the cumbersome “reverse charge” mechanism. This would no longer be needed.

A Brexit may also allow the UK to reduce its corporation tax rates and provide other fiscal incentives to attract further foreign investment. The Bremainers would argue that the UK has already announced lower corporation tax rates in 2017 (19%) and 2020 (17%) and already has a benign tax regime to attract overseas companies to the UK (examples are the extremely generous research and development allowance, the patent box, nil withholding taxes on dividends paid anywhere, etc.). All of these are in place despite EU membership.

At times, UK tax rules have been deemed to violate EU law, resulting in the UK making changes to tax law that complies with EU law. A Brexit may lead to a reverse of those changes and this will lead to more confusion between intra-group tax affairs within the EU.

The tax consequences of a Brexit would depend on what kind of arrangements the UK can negotiate post exit. There will however be some uncertainty during the transitional period if a Brexit is imminent, which will be disruptive for businesses. However, it is thought that there will be a period of time immediately after the referendum on 23rd June 2016 whereby the UK will be able to negotiate any agreements so as not to leave businesses unprotected. The minimum is two years, where Britain would still be considered a part of the EU and therefore must abide by EU law, but may not take part in decision making.

The last word belongs to the UK’s business and financial communities, who are largely against a Brexit. Clearly they feel that such a move will erode the UK’s cutting edge as a location of choice for international commerce.