Advantages of Arbitration as a Method of Resolving Franchising Disputes 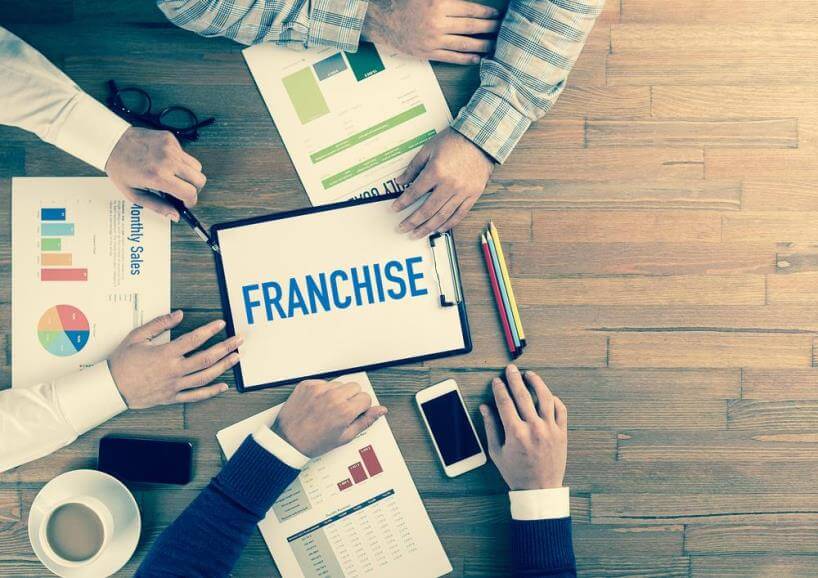 Advantages of Arbitration as a Method of Resolving Franchising Disputes

In our last article in AI magazine (February edition) we talked about the impact of disputes in the franchising context and how to minimise the risk of claims being made against you. In this article, we focus on clauses to include in your franchise agreement to best protect both parties should a dispute arise. In particular, we consider arbitration as a method of dispute resolution which has seen a rise in popularity in relatively recent years.

It is never in an organisation’s business plan to become involved in a dispute and, particularly at the outset of a relationship, there tends to be a feeling of optimism about the business going forward. However, when entering into new contracts (either as franchisee or franchisor) it is important to consider how matters might unfold should you become embroiled in a dispute. This is particularly important in the context of international contracts involving parties from different jurisdictions with different legal systems and possibly cultures.

The majority of commercial contracts will include a ‘Dispute Resolution’ clause as a matter of course. It should set out how, who, where, which law and when a dispute will be managed. It is worth thinking carefully about each of these considerations before making a decision on each. For example:

• How would the parties like to approach any dispute? It might be sensible to have a procedure for doing so before they resort to court action. For example, it is common for a contract to provide for a face to face meeting between the account managers first to discuss the dispute, followed by a meeting between more senior people from both parties if the initial meeting does not resolve matters. Alternatively, you may prefer to provide for mediation of the dispute, either with the assistance of an independent mediator or with a relevant trade body such as the British Franchise Association.

• Who would the parties like to resolve their dispute? Ultimately this comes down to a choice between the courts through ordinary litigation or an arbitral tribunal through the process of arbitration. This is discussed in more detail below.

• Where would the parties like to resolve their dispute? Where the contract is between parties in different countries this is particularly important. It is usual for parties to choose either a country in which one of them is domiciled to resolve the dispute, or alternatively a “neutral” country with which neither of them have a particular connection. If the parties opt for arbitration this decision has particular importance because the “seat” or venue of the arbitration has implications on the law applied to the process of the arbitration. • Which law would the parties like to apply to both the contract and any dispute? Again this is important for internationally contracting parties. • When should a dispute be resolved? Local laws often impose statutory time limits for bringing a claim. For example, under English law a claim for breach of contract must be brought within 6 years of the breach occurring. However, it also allows the parties to agree to vary that time limit and it may be worth stating that any claims must be brought within a shorter period (e.g. 1 year) so as to reduce uncertainty in the event a dispute arises.

• Are there any other issues important to the parties? For example, they may wish to limit liability under the contract to give certainty as to the level of claim that may be made, or to exclude certain types of claim (for example claims for consequential loss or loss of profit).

Increasingly more parties are opting to include arbitration clauses in their contracts as a way of resolving disputes. To understand why, below we explain each process and the advantages and disadvantages involved in picking one over the other.

Litigation is the process of resolving disputes through the court system. In England and Wales there are multiple levels of courts presided over by highly experienced judges, dealing with different levels and types of claims.

Arbitration uses a similar process to the courts, but the parties choose the arbitrator(s) (the equivalent of the judge in the courts) and the arbitration is usually conducted under a set of rules published by an arbitral body (for example the International Chamber of Commerce (“ICC”) or the London Court of International Arbitration (“LCIA”)). When picking an arbitrator, it is tempting to choose someone who has sector knowledge relevant to the dispute. However, more important is the arbitrator’s understanding of the legal process and the law that the parties have chosen to apply to the contract. This is because the opportunities to appeal an arbitrator’s decision are very limited, which makes the choice of arbitrator a key decision.

Arbitration is considered to be an attractive alternative to litigation for a number of reasons:

• Enforceability – the enforceability of a court judgment in a foreign country depends on whether the countries concerned have entered into an agreement allowing reciprocal enforcement of each other’s judgments. The rules on this are complex and can lead to uncertain outcomes for parties. In contrast an arbitral award can, in principle, be enforced in any of the 156 countries that have signed up to the New York Convention on the Recognition and Enforcement of Foreign Arbitral Awards.

• Neutrality – the parties can choose where the arbitration takes place, which is helpful if there is concern about the independence of courts local to one party. However, choosing the location of the arbitration has implications on the law applicable to the process of the arbitration, and therefore legal advice should be sought on this.

• Flexibility – the parties can agree how the arbitration will work including who the arbitrator(s) should be and what procedural rules should apply. In practice the procedure followed is not dissimilar to court proceedings, although the parties can often agree a significantly speedier process than could be provided by the courts.

• Confidentiality – unlike court proceedings, arbitration is confidential. This is particularly important in the franchising context where protecting the reputation of the brand, and the integrity of the network, is key to the continued success of the business. It also has great advantages if information considered to be confidential is relevant to the dispute; parties can exchange such information without the threat of it being in the public domain.

• Finality – it is generally much more difficult to appeal an arbitral award than a court judgment. Whether it can be challenged is governed by the law of the seat, but in England there are very limited grounds on which an arbitration award can be appealed. This can be either an advantage or disadvantage of arbitration, depending on whose favour any award is made, but parties on the whole, value the certainty of the arbitral process and the knowledge that once the award is delivered the process is at an end.

Arbitration is not suitable for every dispute. Where there are multiple parties, dispute problems can be caused if there are not identical or complementary arbitration clauses in each of the relevant agreements. Further, arbitration can be an expensive process, because parties have to meet the arbitrator’s fees and pay for facilities such as room hire. It is therefore not a suitable process for small disputes (although it is worth noting that court fees have increased significantly with a court fee of £10,000 payable to start a claim of £200,000 or more).

The decisions made about dispute resolution when negotiating a contract are some of the most important parties can make. They can give one party a significant advantage over another if a dispute ever arises, and the repercussions of making the wrong decision could be costly in both time and money. It is therefore worth investing time and thought into the worst case scenario of a dispute right at the beginning of a relationship, to put you on the best possible footing. Stevens & Bolton LLP is one of the UK’s leading national law firms with 37 partners and over 200 staff, and recently won the award for ‘National/ Regional Law Firm of the Year’ at the Legal Business Awards 2016. We advise a number of the top 100 and other UK FTSE companies, as well as many other substantial international groups. The franchising team, headed up by Nicola Broadhurst, has a broad range of experience in commercial agreements, competition law, intellectual property issues and dispute resolution, including international arbitration. The dispute resolution group has also been shortlisted for ‘Litigation Team of the Year’ at the Solicitors Journal Awards 2016. For further information, contact Nicola, Sarah or Catherine or go to www.stevens-bolton.com