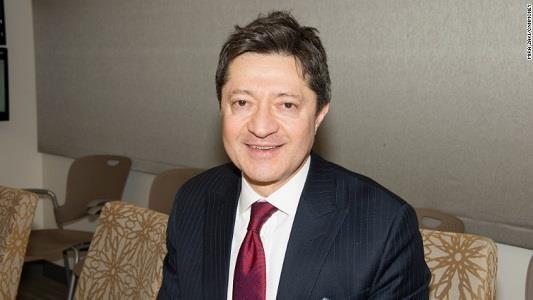 Barington Capital Group, L.P. is a New York based investment firm founded by James A. Mitarotonda. Since 2000, Barington has managed a valueoriented activist strategy through its flagship fund, Barington Companies Equity Partners, L.P. We spoke to James A. Mitarotonda to find out more about Barington and how his fund has consistently achieved stellar results.

Barington’s fund generally maintains a concentrated portfolio of 10-15 core positions in publicly traded U.S. companies with a market capitalisation typically between $500 million and $5 billion. Since inception, their fund has generated mostly double digit returns and handily outperformed the S&P 500 and Russell 2000 Indices, according to an investor.

Mitarotonda says that over the past 16 years, Barington has made more than 57 activist investments in small and midcap U.S. companies, with a focus on retail, consumer and industrial companies. Its most recent activist investments have included Avon, Chico’s, Darden, Ebix, The Eastern Company and The Children’s Place.

“Our approach is to establish sizeable, long-term positions at underperforming companies where we can function as a value-added shareholder to help affect change and improve value,” explains Mitarotonda. He goes on to say that “virtually all of the companies we have worked with have shown a meaningful improvement in shareholder value following our involvement.”

Many of Barington’s investments have also shown significant improvement in their corporate governance. Among other things, Barington has helped facilitate governance improvements such as enhanced transparency, the implementation of majority voting standards for the election of directors, and the repeal of “poison pill” rights plans and classified boards of directors.

When asked why governance is such an important part of Barington’s focus, Mitarotonda responded by saying that he feels that companies that are committed to good corporate governance practices tend to perform better. “Good corporate governance helps ensure that management and shareholder interests are properly aligned and that shareholders are represented by directors who are committed to representing their best interests in the boardroom,” states Mitarotonda. “Directors at many of the underperforming companies we’ve looked at often fail to live up to that important responsibility, especially when the boards are entrenched.”

Weaker governance can be more of an issue at small and midcap companies. “Large companies are typically subject to a higher level of scrutiny and have moved faster to address governance weaknesses,” Mitarotonda explains. Barington has also successfully obtained reforms in executive compensation to “better align CEO pay and incentives with shareholder interests,” he says.

Barington says it has obtained more than 42 board seats for its nominees. “We find that when we propose new directors for a company, we spark a healthy debate about what is best for the shareholders,” he goes on to say. Mitarotonda himself has served on more than a dozen corporate boards and has helped numerous public companies improve their long-term financial performance, corporate governance and executive compensation practices.

Finally, how is it possible to differentiate your business from that of your competitors? The last word goes to Mitarotonda, who concludes “We are highly selective in our investment targets and frequently spend six to nine months researching a new opportunity before we invest. We also spend a considerable period of time working with the firm’s advisory board members and network of industry experts to design a plan to unlock a company’s value potential.”

The positive impact of Barington’s work is clearly visible in the firm’s long record of success.