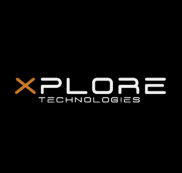 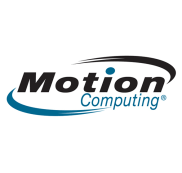 Xplore Technologies Corp. (NASDAQ: XPLR) (“Xplore” or the “Company”), a manufacturer of award-winning rugged tablet PCs, announced today that it has agreed to acquire substantially all of the assets of Motion Computing, Inc. and its subsidiaries (“Motion”).

Motion, another Austin, TX-based leader in the rugged tablet space, is currently the #2 provider worldwide of rugged tablet PCs, according to VDC.

“The acquisition of Motion is consistent with our goal to establish the best and broadest line of rugged tablets for the enterprise market,” said Philip Sassower, chairman and CEO of Xplore. “Motion represents a unique opportunity for Xplore to acquire an Austin-based company with deep industry domain expertise and that possesses products and channels complementary to our own. Together we will address a broader range of customer needs and provide a ”˜one-stop shop’ for rugged tablets.”

“Nearly fifty percent of Motion revenue comes from outside the United States,” said Mark Holleran, president and COO of Xplore. “Leveraging the mature distribution channels that Motion has developed over the last 10 years, Xplore will significantly expand its international reach. We are particularly excited to include in our offering Motion’s R12, which was recently named by PC Magazine as Editor’s Choice for Rugged Windows Tablet PC. Its 12.5” LCD form factor has been very successful in law enforcement and manufacturing markets and is just one example of the expanding market in which Xplore will now participate.”

“Motion is excited about what this combination brings to its customers and business partners,” said Peter Poulin, CEO of Motion. “The capital backing of Xplore supports a robust product pipeline and customer service capabilities that are critical to enterprises with whom Motion has had long standing relationships.”

“Xplore has a proven track record in focusing its resources to generate sustainable growth,” said Mike Rapisand, CFO of Xplore. “After a successful recapitalization and offering in 2012, we invested cash to significantly expand our addressable market, revenue and EBITDA. Our executive management team has over 200 years’ combined experience in managing companies like Xplore and Motion, and we are confident that the two business will be successfully integrated to deliver growth and value to all of our stakeholders.”

The transaction will be effected through an asset purchase and sale agreement by and among Xplore, Motion and Square 1 Bank. Xplore will acquire Motion for approximately $9 million, plus the assumption of approximately $7 million in net liabilities. The closing of the transaction is expected to occur on or about April 17, 2015 and is subject to numerous conditions, including the receipt of financing and third party approvals and the satisfaction of customary closing conditions. Xplore intends to consummate the transaction using proceeds from a new $15 million credit facility with Square 1 Bank and to support integration and growth of the two businesses with its cash on hand.