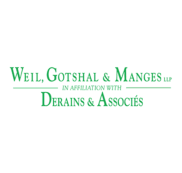 The public offering featured a total of 9.19 million shares priced at PLN 32 apiece. Around a third of the offering comprised newly created shares, generating proceeds of PLN 100m. WPH intends to dedicate the capital raised to further acquisitions and the repayment of existing debt.

Innova-controlled European Media Holding (EMH), meanwhile, reaped PLN 187.3m in gross proceeds by divesting a 35% stake as part of the offering. Innova claims to have recouped around 90% of its initial investment in the business.

Primarily intended for Polish investors, the flotation took place earlier than the 2016-2017 timeframe that had initially been considered, according to WPH.

Previous funding
WPH was formed in 2013 via the merger of Polish internet portals Wirtualna Polska and Grupa o2, both bought by Innova Capital from Orange business unit Telekomunikacja Polska. The buyout, valuing the combined business at PLN 375m, was carried out via Innova-backed acquisition vehicle European Media Holding, according to unquote” data.

Innova drew equity from its €302m Innova/5 LP fund, with additional financing coming in the form of a debt package.