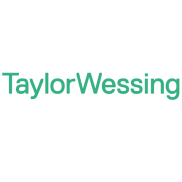 ElitePartner is one of the leading online dating agencies in the German-speaking region of Europe. The service was launched in Germany in 2004 and in Austria and Switzerland a year later. The company is based in Hamburg, Germany, and has a workforce of around eighty. In the financial year 2014 EliteMedianet generated revenue in the region of EUR 28 million and EBITDA of EUR 2.6 million.

Oakley Capital is a private equity firm based in London, and the Oakley Capital Group has assets under management of around EUR 750 million. It invests primarily in fast-growing companies in the UK and Western Europe and in April 2015 acquired Parship GmbH, which operates an online dating agency by the same name.

The sale of EliteMedianet GmbH is expected to generate a total of EUR 23.3 million for TOMORROW FOCUS AG based on an anticipated sale price of EUR 22.0 million. An amount of EUR 14.8 million is payable on completion of the sale. TOMORROW FOCUS AG will provide a loan with a term of up to two years to cover the remaining sum of EUR 7.2 million. On scheduled repayment of this loan at the end of the term, TOMORROW FOCUS AG will also receive interest due of up to EUR 1.3 million. The total figure is equivalent to 9 times the EBITDA generated by EliteMedianet GmbH in 2014.
Between 2007 and 2015, the company will have generated and transferred to the Group an accumulated net cash inflow of around EUR 13 million.

At Group level, the sale of EliteMedianet GmbH will produce an estimated loss of around EUR 2 million and will necessitate a valuation adjustment of EUR 3 million to deferred taxes on loss carryforwards. In TOMORROW FOCUS AG’s single-entity financial statements based on the German Commercial Code (Handelsgesetzbuch, HGB), the sale will generate a book profit of around EUR 1 million.

The acquisition of EliteMedianet GmbH by Oakley Capital Private Equity is subject to approval under anti-cartel legislation. Assuming this approval is granted, the sale is expected to close in the third quarter of 2015.

Christoph Schuh, Member of the Management Board at TOMORROW FOCUS AG, explained the rationale behind the move: ‘We are making rapid progress with the implementation of our new strategy, which involves focusing on business models in the online travel sector. Following the successful sale of our publishing activities back in April, with Oakley Capital we have now found the ideal, financially strong partner for EliteMedianet. Under the management of its new owner Oakley Capital, which also acquired Parship GmbH in April, we believe that ElitePartner has excellent prospects for growth. We would like to say a big thank you to all the team at ElitePartner, including of course CEO Dr Jost Schwaner, for all their great work in the past years. We wish them every success in the future.’

Mark Joseph, a partner at Oakley Capital, expressed his satisfaction at the outcome: ‘We’re delighted to have reached agreement on a deal to acquire ElitePartner, which is an extremely strong brand in the online dating market. Following our recent acquisition of Parship, we are excited about the growth prospects for both of these companies and brands.’

The total net income generated by TOMORROW FOCUS AG from the sale of Tomorrow Focus Publishing GmbH and EliteMedianet GmbH will be around EUR 53,5 million. Under IFRS rules, the net book profit from both transactions will be around EUR 21 million. The Management Board plans to use the cash inflow to repay a loan of EUR 14.5 million and to invest in further organic and non-organic growth in its Travel segment.