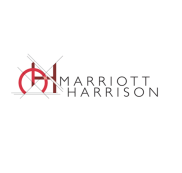 The UK’s largest camera rental facility, Procam, today announced the acquisition of US-based camera rental company HotCam New York. The move enables Procam to provide its expanding US client base with the same levels of service and expertise it is renowned for across the UK, while also supporting UK-based clients shooting in the US.

Procam plans to expand HotCam New York’s offering in the US, as well as extend Procam’s reach into new territories, through further acquisitions over the next 12 to 24 months.

HotCam New York will mirror the extensive range of services provided by Procam’s UK offices in London, Manchester, Glasgow and Edinburgh, which include kit and crew rental, project management, workflow consultancy and training for TV, drama, features, commercials, branded and VoD content. Procam is planning on keeping the HotCam New York branding for the business, and HotCam New York will benefit from the same 24-hour support offered to all Procam’s UK clients, as well as Procam’s industry-leading staff training.

Procam is well-known in the UK for its work with leading production companies including All3Media and Monkey Kingdom (part of NBCUniversal). Its recent productions include the popular Made In Chelsea and technically-challenging The Island With Bear Grylls.Procam also provided crew and equipment on both sides of the Atlantic for Dynamo: Magician Impossible and US support for the British reality series Taking New York.

HotCam New York has a long list of high-profile US shows to its credit, including The Tonight Show Starring Jimmy Fallon, American Pickers and Teen Mom. The company was established in December 2004 by sound mixer Trevor Hotz and partner Ali Grapes, as an off-shoot of HotCam UK. Hotz and Grapes have resigned their positions as co-owners of HotCam New York. HotCam UK will operate unaffected by Procam’s acquisition.

“American production companies have long been asking us to open a facility in New York, and we’ve looked to set up shop there for many years,” said Brennan. “The HotCam New York opportunity fulfils our clients’ demands for a Procam presence in the US, and means we can offer a more seamless and detailed level of service for UK clients shooting in the US. Customer services – from kit logistics and carnet handling to technical assistance on the ground – will now be much easier. Additional group investment will see HotCam New York progress even further with a series of up-to-date enhancements and solutions, and this will also enable us to expand into supporting more high-end dramas and feature productions.”

Clive Jones CBE, Chairman of Procam, said: “Bringing two of the strongest brands in the industry together will deliver significant benefits to our customers on both sides of the Atlantic. The combined entity will have a leading position in the global TV, drama, features, commercials, branded content and VoD hire sectors. These increased capacities will allow us to better meet the huge demands of current customers and acquire new ones. We’re ultimately laying the foundations to advance our goal of growing into a global and integrated TV, drama and film facilities company.”

“When we look at acquisitions, we look for companies that share a similar philosophy to us, namely the very best service levels delivered with professionalism and attention to detail,” added Brennan. “The gap between feature and television production has narrowed to the point where the production kit requirements are very similar to each other, with the same digital cinematography cameras increasingly commonplace across the board. HotCam New York is a mature company with a great reputation. It fits very well into what we are moving forward to achieve.

Speaking about the sale of HotCam NY, the former Hotcam US owners Ali Grapes and Trevor Hotz commented, “We are both extremely proud of our US legacy and agree that it’s now time for us to evolve a new work dynamic.”