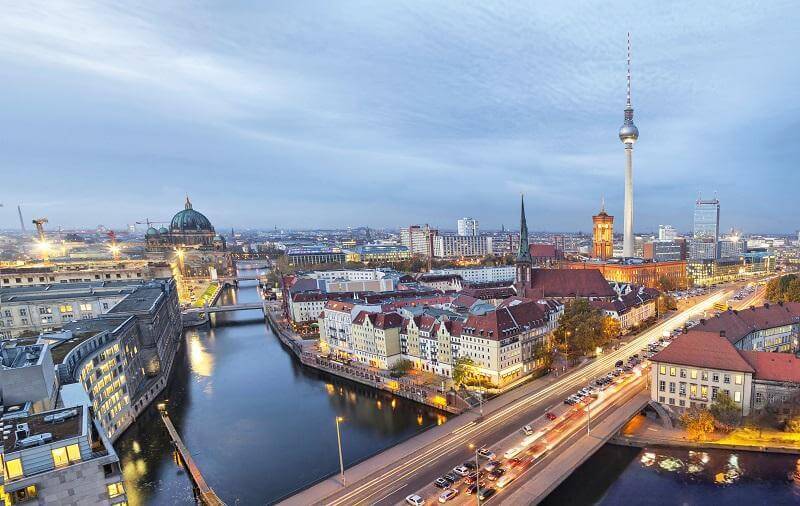 Competition for prime assets in Europe’s major real estate markets is leading property investors to continue their move into secondary assets and recovering markets, according to Emerging Trends in Real Estate Europe 2015, a forecast published jointly by the Urban Land Institute (ULI) and PwC. The report highlights a surge in popularity for real estate investment opportunities in a number of cities that were hit particularly hard during the last market downturn, with dramatic rises in this year’s city rankings for Madrid (up 16 positions), Athens (up 23 positions), Birmingham (up 14 positions), Amsterdam (up 17 positions) and Lisbon (up 17 positions).

The report finds that in spite of economic uncertainties in Europe, property remains fertile ground for investors. 70% of investors expect more equity and debt will flow into their markets this year in a quest for the best real estate. The biggest problem investors are anticipating is a shortage of assets, ahead of the challenges of regulation or the cost of finance. A large majority of investors (82%) believe the availability of suitable assets will have a moderate or significant impact on their business this year.

As a result, real estate investors – armed with capital from sovereign wealth funds and pension funds from Asia and North America – are moving into less competitive environments, looking at secondary cities, secondary assets and development opportunities. Berlin, for example, has replaced Munich as Europe’s top market for investment, as it is viewed as less costly than other major German cities.

Lisette Van Doorn, chief executive of the ULI Europe, said: “As confidence has returned to global real estate markets over recent years, there has been a progressive movement up the risk curve. Investors have found prime assets expensive and hard to source, and have in turn looked to find new opportunities in recovering secondary cities, secondary assets and development opportunities, as well as new or alternative real estate classes. The trend has been prevalent in the U.S. for a few years and was first highlighted in last year’s Emerging Trends Europe report when investors were looking at Ireland and Spain. However, this year’s report sees this sentiment gather pace with Athens, Amsterdam, Birmingham and Lisbon all being cited as potential hot spots of interest.”

Simon Hardwick, real estate partner at PwC Legal and one of the authors of the report, said: “Real estate investors will face a tricky balancing act in 2015. The market is awash with capital surging into Europe from around the world. On the face of it, this is a nice problem to have, but we expect to see prices continuing to rise due to a shortage of assets. And despite an uncertain economic climate across Europe, investors will have to look beyond the major markets to secondary cities and assets they may not have considered before. This presents both an opportunity and a challenge.

“The wave of capital rich investors entering European real estate markets is savvy and sophisticated. Their need to preserve and create new wealth will, for some, see a move away from core markets where many feel there is little value to be gained and into assets, developments and cities that give them the opportunity to achieve better returns. There is a focus on the big social and demographic trends that are shaping our world and changing the way we live. Smart investments will be the types of property that benefit from population growth, urbanisation, an ageing society and technological innovation. Nonetheless, we expect this next part of the cycle to be balanced by increasing concern about the resulting risks.”

An interesting consequence of the balancing act is that the appetite for residential investment is growing, stimulated by a housing shortage in London and some other markets. The interest in the private rented sector is particularly marked in the UK and Germany. Other sectors that look attractive to investors are logistics, fuelled by consumers’ increasing digital shopping habits, and healthcare.

The top five European real estate investment markets in 2015 are predicted to be:

Berlin – The city has moved up the rankings from last year, knocking Munich off the top spot for investment prospects this year. Historically dominated by domestic buyers, Berlin’s investment climate has now changed as international investors pour capital into the city. The city is a hotspot for media and technology and its young population has helped boost the investment appeal of its residential sector.

Dublin – Ranked again in second place, the city has had another strong year in which investors have jostled for opportunities. It has a good story to tell: strong rental growth based on low supply, employment growth and an improving economy. Office rents and values are recovering strongly but still have some way to go before they reach their pre-crisis peak.

Madrid – the Spanish city has shot up the rankings for investment prospects this year and many overseas investors are targeting the city. But whether Spain offers solid, long-term business prospects is hotly debated among opportunistic investors.

Hamburg – The city has slipped by one place this year, but this is mainly due to investors looking to smaller, less established markets rather than any real decline in the city’s fundamentals. International investors are flooding into Hamburg, accounting for half of the 2.4bn euros of deals in the first three quarters of 2014. Its growing population means the residential sector is thriving.

Athens – Athens is the biggest mover on the list this year, zooming 23 places to number 5. In recent Emerging Trends surveys, investors have indicated a willingness to enter other distressed markets such as Spain, Ireland and Italy, but Greece is starting to gain attention. Although Europe’s hardest-hit economy remains fragile, a few trailblazing investors are moving in to take advantage of pre-rebound opportunities.

An Introduction to Filling the W-8BEN Form

Why Copy Trading is Not a Sure Win Strategy