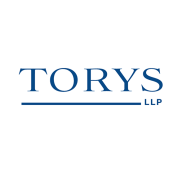 On December 8, 2014, Norbord and Ainsworth announced that they had entered into an arrangement agreement under which Norbord and Ainsworth would merge to create a leading global wood products company focused on oriented strand board (OSB) across North America, Europe and Asia.  Under the terms of the transaction, Norbord will acquire all of the outstanding common shares of Ainsworth in an all-share transaction. Ainsworth shareholders will receive 0.1321 of a share of Norbord for each Ainsworth share.