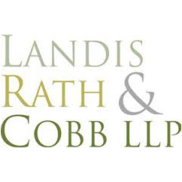 Saladworks has been acquired out of bankruptcy by Centre Lane Partners, a New York City-based private-equity firm, the company said Monday.

Centre Lane agreed to pay $16.9 million for the 108-unit chain, including $15 million in cash and $1.2 million into a “brand development fund,” in addition to assumed liabilities, according to court documents.

Saladworks president Paul Steck, who has been with Saladworks for 12 years, has been named president and CEO. He replaces John Scardapane, who owned 70 percent of the company.