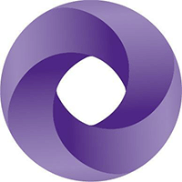 The firm announced the plans alongside a GBP 9.34 million placing and open offer.

Under the terms of the acquisition, Safestay will pay GBP 14.90 million for Smart City Hostel, which runs a 132 room, 615 bed property in Edinburgh.

As a result of the deal, the buyer will increase its peak summer season bed numbers to more than 1,500, while it will have 1,200 available thoughout the rest of the year.

The acquisition, which constitutes a reverse takeover under Aim rules, is to be financed using a GBP 8.50 million debt facility and the balance will contribute towards its working capital.

Commenting on the decision to acquire in the Scottish capital, Safestay’s chairman, Larry Lipman, said the city has been a target since the business was originally launched due to its popularity with tourists.

He added that the move is in line with the group’s plan to build a Europe-wide network.

Safestay’s shares have been suspended from trading but recommenced this morning in connection with the new announcement.

Smart City Hostel posted revenue of about GBP 2.70 million for the year to 31st December 2014, while adjusted earnings before interest, taxes, depreciation and amortisation for the period totalled GBP 1.00 million, according to the buyer’s press release.

The firm is not Safestay’s only acquisition of 2015; last month it signed a letter of intent to pick up special purpose acquisition vehicle Milan SPV for EUR 9.00 million on a debt and cash free basis.

It simultaneously unveiled plans to purchase an undisclosed, but larger, hostel and accommodation scheme in the UK in a reverse takeover.