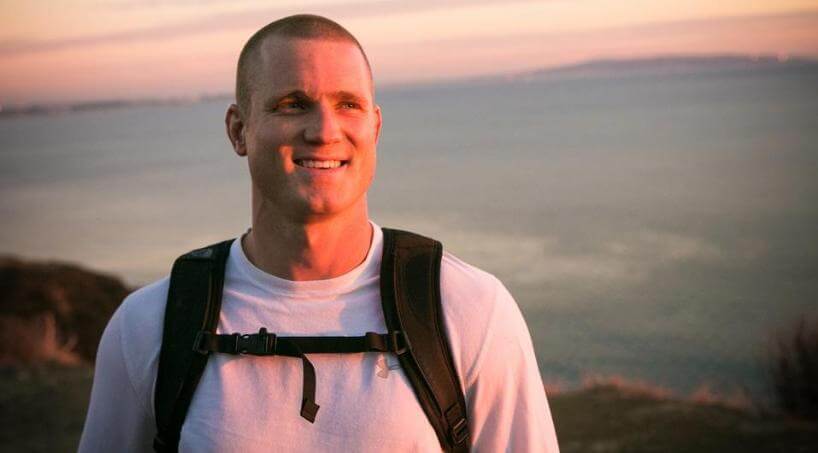 Colin’s Pack is a dog hiking business in Santa Monica, California, focused on creating balanced dogs
through leadership, exercise and socialization. Colin West, owner and founder of Colin’s Pack, told us more about his company’s innovative approach to dog training.

My name is Colin West, and I am the owner and founder of Colin’s Pack, a dog hiking company in West Los Angeles.  I’ll share some of my background, and then get into the business aspects and challenges looking forward.

After I graduated college in 2009 I hit some really hard times. Everyone in my family lost their house, and I moved into my grandparents’ new house in a little shack attached to the garage. I was surrounded by failure, and I realized then that most people don’t make it in life, most people don’t accomplish their dreams or become what they want to become, and it terrified me. It really woke me up. At that point I was exploring many different options, and I just could not get a job anywhere, which turned out to be the best thing that could have happened.

Then it just became clear to me and I had this sudden burning desire to start a dog hiking business. I had been obsessed with Cesar Milan, the “Dog Whisperer,” in college, and had raised dogs and tried to imitate him, and I had thought about starting a dog walking business when I was in school, but pushed the idea side after school so I could get a “real job.”  So, in late 2010 when I started to look into the dog walking industry, I assumed that they would already be practicing the new things that Cesar Milan had showed everyone, (be the pack leader, have calm and assertive energy, etc.) but to my amazement, no one was doing it right, and there was no one really standing out as the best person or business “leading the pack” so to speak. So I saw that opportunity, I started the business and have been grinding ever since.

It is really those hard times that I hit after school that woke me up and made me realize how hard I’m going to have to work to accomplish my dreams. I know what it is like at the bottom and I want to shoot for the stars. Right now the business is just me, I am the whole thing. So it has forced me to basically become a professional human being and learn how to manage my time, manage my energy, etc. So I have learned how to become a star for my own business, and my future challenge is going to be how to hire and manage stars, and create an environment for them to be happy and have the incentives for them to work hard. Without a doubt, the most important attribute that I think an entrepreneur has to have is persistence; you are going to be tested and you have to be ready to pass any test, no matter how hard, and do anything for whatever length of time is required, and you have to know that that’s who you’re going to be and how you’re going to do it in advance.  After that I would say the most important attribute of a successful business leader is the ability to look forward in time– to do experiments in your mind– and to see what you think is going to work, what potential problems you can foresee and how you can prevent them, and to always have the vision of what the business will become so you can keep it on the right path and steer it out of harm’s way.  I am constantly thinking ahead, going over every scenario and weeding out any problems, and I think that if you have that mentally and habit, you will be able to avoid major catastrophes in your business.  I think businesses are different, but this is for me what has been the most helpful.

I have some very big plans for the future, but something else that I have learned is to not discuss my plans until they are reality, but in about 5 to 7 years I should have some big things to show hopefully. There is a lot of opportunity that I see in my industry. I think the main thing that separates me from anyone else that I know or have seen in my industry is my willingness to work hard. To do a good job working with dogs is really, really hard, and there’s usually no one there to see it, so there is not much of an incentive to do the hard work. But I am willing to do whatever it takes to do a good job, whether people see the immediate results or not.  My round-about approach of doing a consistently good job even when no one sees it has taken more time, but it has been worth it, and now my reputation is absolutely my most valuable asset.  My reputation has put me in a position to expand and call on that trust and client base when the time comes. That’s all for now. Thank you for the award, I appreciate it!

From India to International

How Augmented Reality is Changing Business in the UK

Innovations In the Printing Industry