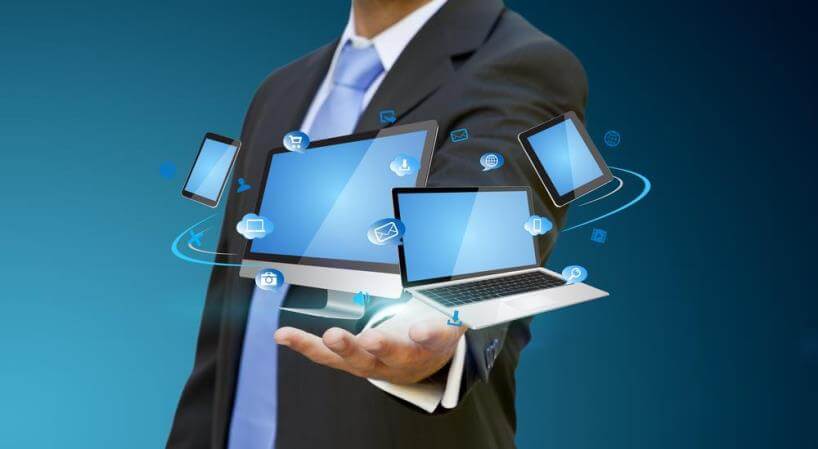 Consumers are set to spend £53.6 billion a year using their smartphones and tablets by 2024, compared with the £9.7 billion spent today, according to new research by Barclays.

However, the influence of mobile on spending is expected to more than double this figure from £18.4 billion to £112 billion over the same period. This means that nearly half (42.4%) of all retail sales will involve a mobile device in some way or another, making mobile the fastest growing retail segment.

If you were to equate mobile sales in terms of store numbers, in five years’ time it would require a chain of around 30,000 stores, nearly three times the size of Walmart, the world’s largest retailer, which has 11,000 outlets worldwide. Within the next decade, the number of stores required will rise to nearer 48,000.

This is against a backdrop of predictions for single digit growth across the wider retail sector. In 2014 the value of retail sales reached £325 billion. During the next five years’ time the sector is forecast to enjoy 8.1% growth taking sales to £351 billion with the figure rising to £391 billion by 2024.

Richard Lowe, Managing Director and Head of Retail & Wholesale at Barclays, said: “The size of the retail opportunity is clear for all to see. The question every retailer should be asking themselves is what they are doing about it to not only satisfy today’s consumer but, also tomorrow’s”.

The number of tablet users has doubled in each of the past two years, with almost half of adults now owning one, while smartphone penetration has rocketed since 2007 following the launch on the first iPhone. In 2009, 14% of consumers owned a smartphone. By 2014 the number had more than quadrupled to 61% and by 2019 around three quarters of adults are predicted to own one.

As a result of the growth in gadgets, almost half (46%) of retailers claim that at least some of their sales are already generated through a mobile device. However, less than 3% believe their business is at the cutting-edge when it comes to being mobile ready and a further 70% said they did not currently offer a mobile website or a mobile app for consumers.

When asked about future strategies, less than a third of retailers said they had a clear plan of action when it comes to future investment in mobile with more than two thirds (68%) conceding that they have no specific plans. Of those which did, developing a mobile website followed by a mobile app and offering mobile payment options were priorities.

Interestingly, when consumers were asked what they most wanted, more than half (57%) suggested that all shops offer free hotspots with a further 42% saying they are always on the lookout for free Wi-Fi hotspots when out and about.

Retailers claim their reluctance to invest is because they feel that rather than generating new sales, mobile has simply shifted sales around. They are also concerned that mobile adds substantially to the cost of doing business online.

Richard Lowe continued: “While it may be premature to sound the death knell for desktops and laptops nearly half of consumers claim to be shopping far less on these devices thanks to mobile. With new gadgets and gizmos such as the Apple watch being launched all the time, this trend will inevitably gain momentum”.

“There is also a lingering notion that mobile shopping is bad for store retailing. The physical high street store still has a fundamental role to play and the development of hybrids such as click and collect has conclusively demonstrated that stores can be supported rather than hindered by the growth of digital commerce. Inevitably practices such as ‘showrooming’ leads to some sales shifting online but, with almost three quarters of consumers using their mobile devices whilst out and about, ignoring this trend would be a missed opportunity. Retailers must cater for the mobile consumer in order to remain relevant”.