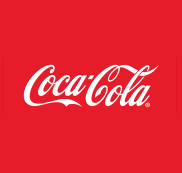 Coca-Cola Co., the world’s largest beverage company, will buy China’s Xiamen Culiangwang Beverage Technology Co. for about $400 million in cash, gaining a line of plant- based protein drinks in a renewed push into the Asian market.

Coca-Cola is acquiring the business from China Culiangwang Beverages Holdings Ltd., according to a statement from the Atlanta-based company. Xiamen Culiangwang sells a range of protein drinks, including green bean, red bean and walnut varieties under the China Green brand.

“China is an important growth market for us and this investment complements our beverage offerings there,” said Petro Kacur, a spokesman for Coca-Cola.

The move marks a return to Chinese deals for Coca-Cola after a failed attempt to buy the country’s biggest domestic juice maker in 2009. Chinese regulators blocked the $2.3 billion purchase, saying it would have hurt competition. The decision raised concerns at the time that China was using anti-monopoly rules to block foreign investment.
With Xiamen Culiangwang, Coca-Cola is trying to capitalize on the growth of plant-based protein drinks in China. The business is based in Xiamen, Fujian province.

The deal was initially announced by Culiangwang in a statement sent to the Hong Kong Stock Exchange. Shares of the company, halted since Thursday, will resume trading on Monday.
Coca-Cola shares were little changed on Friday in New York, trading at $40.54 as of 10:01 am. The stock was down 3.8 percent this year through Thursday’s close.