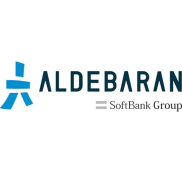 Bruno Maisonnier says “After the successful release of Pepper, our main common project, I sold my shares in order for Aldebaran to become a new entity which will go much farther with SoftBank, and for me to step back from operations and gain perspective: fundamental things happened in the world, political, human, and technological ones, that need to be analyzed deeply and integrated into the founding bricks of the future robotics area.  I need time to think, I have books to write, and people to meet around the world.”

Fumihide Tomizawa will be appointed the new CEO of Aldebaran effective March 4, 2015. He says, “We wish to thank Bruno Maisonnier for the immeasurable contributions he has made to the company since he founded it in 2005. With him, Aldebaran and SoftBank jointly announced ‘Pepper’, the world’s first personal robot that reads emotions, in June 2014. Guided by the SoftBank Group’s corporate philosophy, ‘Information Revolution — Happiness for everyone,’ we will strengthen collaboration with SoftBank Robotics and further drive Aldebaran’s growth globally.”