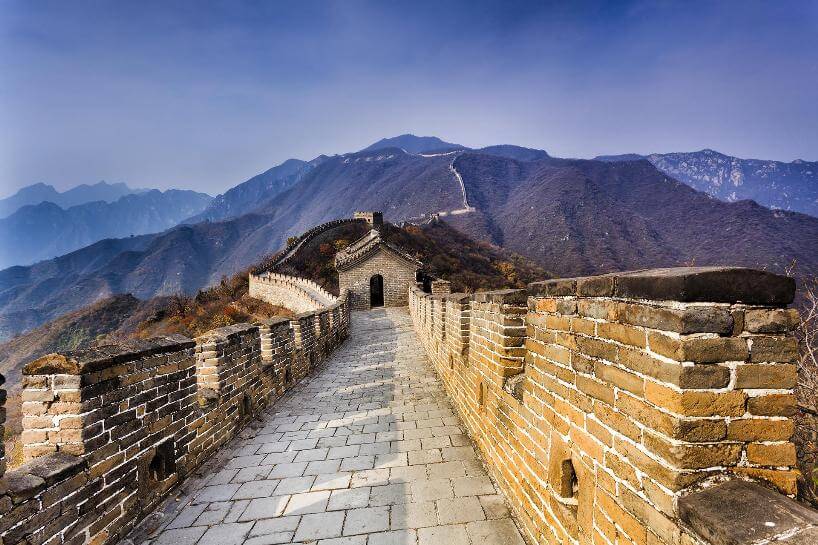 De Tiger Group (“De Tiger”) was founded by the Ng family of Hong Kong, and is focused on private investments in Asia with a specific emphasis on Greater China.  On September 30, 2014 De Tiger successfully completed the flotation of DT Asia Investments Limited (“DT Asia”) on NASDAQ, with a US$69 million IPO [NASDAQ: CADTU].  DT Asia has 18 months to complete the acquisition of an operating business in China or Asia, via effectively a “reverse merger”.  DT Asia is headed by Mr. Stephen Cannon, a Wall Street veteran with deep China and SPAC experience, and is bolstered by a dozen Board Members with lengthy and successful investment track records in China.  EarlyBirdCapital, Inc was the lead underwriter for the U.S. IPO which priced on September 30, 2014.

“DT Asia is currently searching for a private Chinese company with more than US$30 million of 2014 earning, audited to a certain degree, with an ‘offshore’ holding company, in need of approximately US$69 million of cash, and interested in a reverse-merger to become publicly-listed on NASDAQ in the US.  We are not limited by any specific industries, except those that are restricted from foreign ownership.  We are interested most in quality management teams with high growth businesses that are building strong domestic and international brands and a strategic benefit from a US public listing.  We are happy to speak to anyone with such interests and can be reached at steve@DTAsiaInvest.com ”

DT Asia is an investment company commonly referred to as a Special Purpose Acquisition Company, or “SPAC”.  SPACs are formed for the sole purpose of doing an IPO to raise capital, and then “acquiring” an operating business by either a cash purchase of assets or (more commonly) a share exchange (reverse-merger).  Institutional investors are attracted to SPACs because their IPO purchase price (plus additional cash from the Sponsor) are placed into a trust that invests solely in risk-free US treasuries.  Once the acquisition target is announced, then investors have the option to (i) retain their equity ownership in the post-merger publicly-listed company, or instead (ii) receive their proportionate cash in the trust.  Some investors consider their investment in the SPAC IPO as an “alternative to holding cash”, because they can receive the US treasuries yield earned by the trust, plus the extra funds from the sponsor.

Prior to the Global Financial Crisis in 2008, SPACs had grown popular as an alternative method for private companies to become public, via a reverse-merger with a SPAC, and avoid market uncertainties of a traditional IPO.  Several high-profile global financial leaders, including private equity firms and investment banks, raised SPACs for this purpose.  SPACs grew in number and size with several hundred SPACs raised and up to almost $1 billion in proceeds.

“SPACs provide excellent opportunities for private companies to transform into publicly listed companies, with greater certainty and control over the process.  SPACs can offer a variety of solutions for target companies from raising needed capital, to possible monetization for earlier investors, to increasing their industry stature by becoming publicly traded Company with a public acquisition currency.  Our experience is that larger Chinese companies, in terms of pre-IPO valuations, have had greater access to public listings overseas.  In addition, companies in high-tech and capital-intensive industries, namely technology, financials, and bio-technology, are among those Chinese industries better represented by overseas listings.  We have also found that stock markets which value businesses more fully and fairly based on their individual historical success and future outlooks, are more desired by Chinese managements and owners.  These higher quality companies, seek to avoid capital markets without these characteristics, and which correlate with greater under-pricing of IPOs.  In this regard, we believe the SPAC can provide a fair platform for high quality companies, and we are happy to speak to anyone with such interests.”

DT Asia sold 6,860,063 units (including first closing and overallotment exercise) to the public at an IPO price of US$10.00 per unit.  In addition, De Tiger (the “Sponsor”) along with the underwriter EarlyBirdCapital, completed an additional US$4,551,534 of concurrent private placement purchases from the Company.  The SPAC then placed $10.20 per unit into a trust – Consisting of the US$68,600,630 of IPO proceeds plus an additional US$1,372,013 from the private placements.  The remainder of the private placement was used for formation, offering expenses and working capital.

Prior to the IPO and the concurrent private placements, the SPAC initially issued founder shares to the Sponsor, management and Board Members equal in amount to 20%, assuming the IPO shares equalled 80% of the Company (thus excluding the private placement securities in the calculation).   The origin of this structure was designed for the SPAC to mimic the carried-interest incentive structure of traditional private equity funds.

“The SPAC is a unique form of listing. First, the SPAC is created by a team of senior private equity managers and investment bankers to complete an initial public offering; becoming a “pure cash” listed company.  Next, the SPAC team searches for companies to acquire through a reverse merger, after which the target company receives the cash previously raised in the SPAC’s IPO.  Overall, the target company is able to achieve a lower cost for both the public listing and raising capital, as well as certainty for existing shareholders to immediately enjoying the benefits of conversion of their private ownership into that of a listed company.

SPACs should be regarded as an equity fund that is already listed on a stock market. This is different from a general private equity fund, in that the SPAC has already solved, in advance, the issues of raising lower-cost public capital and providing existing investors with an exit strategy. Moreover, a SPAC can offer a greater variety of options and opportunities for overseas listings of Chinese companies. We look forward to having the opportunity to assist red-chip Chinese companies, in particular those with outstanding management teams, high profitability and growth potentials in their overseas listings.

“De Tiger is very excited about the prospects of the SPAC structure to address limitations that private Chinese companies face in attempting to expand internationally, including public listings overseas.  We are confident that we have assembled the best team possible and have the support the leading professional firms in the SPAC market.”

China Focus – Mr Cannon has been a partner at boutique merchant banking firms focused on China since 2010.  Mr. Cannon began focusing on China in 2005, when he established the Shanghai office for the U.S. Investment Bank, WR Hambrecht Co.  Over the next 4 years, he built the firm’s China business into the #2 most active U.S. Investment Bank underwriting mid-cap SME Chinese offering in the US.

SPAC Experience – While at WR Hambrecht, he was involved in several China-focused SPAC transactions as M&A advisor and underwriter.  In 2008, he was a co-founder and initial CFO of the Hambrecht Asia Acquisition Corp (“HAAC”) SPAC.  Mr. Cannon identified the SPAC’s ultimate acquisition target (SGOCO Group Limited {NASDAQ: SGOC] and negotiated a successful transaction with that company.

Additionally in 2008, Mr. Cannon was a co-founder and Chief Financial Officer of Ruslan Acquisition Corp, a Russia-focused SPAC that received Euronext approval for a $300 million IPO, with committed lead underwriters of Credit Suisse and Morgan Stanley.  The IPO was indefinitely postponed after the Russian invasion of George in Aug 2008.

Investment Experience — Since October 2013, Mr. Wong has served as a Managing Director of Great Wall Pan Asia International Investment Company Limited, a wholly-owned subsidiary of China Great Wall Asset Management Corporation Limited (GWAM). GWAM is one of the four largest state-owned asset management companies in China. From 2012 to 2013, Mr. Wong was a Director of ABCI Asset Management Limited, a subsidiary of Agricultural Bank of China Limited (HKSE: 1288) (ABC).  ABC is one of the four largest commercial banks in China. Previously, he was a Managing Director of HEC Group Ltd., as well as an investment manager for three Hong Kong publicly-listed companies. He has also served as Senior Executive of Total Securities (HK) Limited and Qi Yuan Asset Management (H.K.) Limited, both of which are well known regional investment boutiques in Hong Kong.  Previously, he also served as a Manager of Okasan International (Asia) Limited, a subsidiary of Okasan Securities Group (Tokyo: 8609).

Investment Experience — Since 2013, Mr. Wong has served as a board member of Whiz Partners Asia Ltd., an investment advisory company focused on assisting Japanese companies expanding in Asia.  Previously since 2000, he served as a board member of Fortune Capital Group Ltd., an investment company.  From 1993 to 2000, he was a financial consultant of Transpac Capital Limited, one of the largest and oldest private equity funds and venture capital funds in Asia.  From 1992 to 1993, Mr. Wong was an auditor for Ernst & Young CPA (Hong Kong), and for Clay & Co. (US) from 1989 to 1992.

Investment Experience — Mr. Wang founded Top (HK) Investment & Development Ltd. in 2009, and has been the Company’s Executive Director and led all of its investments since its inception. The company manages a private equity fund focused on emerging market sectors involving the TMT industry, green energy, Bio Tech., and financial industry sectors.

Operating Experience — From 2008 to 2009, he was the Chief Operating Officer of MTV China, one of the largest subsidiaries of MTV, the world’s largest music television network and owned by Viacom. Previously from 2006 to 2008, he was the Senior Vice President of PPLIVE, one of the largest point-to-point (P2P) technology based online video companies in China.  Previously, Mr. Wang was the Head of Strategy and Investment Development of BESTV in China and also a Director of Digital Media Investment, an IPTV, interactive media and mobile TV entity based in Austria.  Previously, he served as Chief of Production for Zhejiang Television in Hangzhou, China.