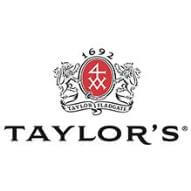 Taylor’s is celebrating its 325th this year. For many, Taylor’s is the archetypal Port house and its wines are the quintessential Ports. Established over three centuries ago in 1692, Taylor’s is one of the oldest of the founding Port houses. Dedicated entirely to the production of Port wine, the firm’s Filipe Caetano tells us more in his own words.

Since its foundation in 1692, Taylor has been dedicated to making the finest Port. The house remains entirely focused on Port production and specialised in its premium styles. Unlike most other producers, it does not market any other wine

Based in Oporto and the Douro Valley the company is closely involved in all stages of the production of its Ports, from the planting of the vineyard and the cultivation of the grapes to the making, ageing, blending and bottling of the wines.

For many, Taylor’s is the archetypal Port house and its wines the quintessential Ports. Above all, Taylor’s is regarded as the benchmark for Vintage Port. Noted for their elegance and poise as well as for their restrained power and longevity, Taylor’s Vintage Ports are blended from the finest wines of the firm’s own quintas or estates, Vargellas, Terra Feita and Junco. These three iconic properties, each occupying a distinct geographic location and with their own unique character, are the cornerstone of the company’s success and the main source of its unique and inimitable house style.

Taylor’s is also respected as a producer of wood aged ports and holds one of the largest reserves of rare cask aged wines from which its distinguished aged tawny Ports are drawn. The house is also known as the originator of Late Bottled Vintage, a style which the firm pioneered and of which it remains the leading producer.

The family character of the company also helps to nurture the personal relationships which lie at the heart of the fine wine business, such as the firm’s long established partnerships with its grape suppliers and with its customers around the world, from hotels, restaurants, specialized wine stores or other retail shops. Most importantly it helps to strengthen the firm’s bond with those who appreciate and enjoy fine wines and whose loyalty is the firms’ most important asset.

Remaining independently owned guarantees the continuity of purpose required to make wines of quality and character. It also preserves a priceless inheritance of experience and skill passed down through the generations over more than three centuries. And, finally, it helps to protect its future as a producer of the finest Ports, allowing it to make decisions and investments which are in the best long term interests of the firm and of future generations.

As an independent company whose success is inseparable from that of the Douro Valley, Taylor remains committed to protecting this beautiful region by practising viticulture which is economically and environmentally sustainable. The future of the Douro Valley and its unique environment is also the future of Port, one of the world’s great classic wines and an irreplaceable part of human heritage.

Taylor’s: Celebrating 325 years of history on the high seas To mark Taylor’s 325th anniversary, the Port house has joined forces with single-handed yachtsman and a sea ambassador, Ricardo Diniz, to re-enact Taylor’s first shipment of Port. As in the past, a cask of Port was loaded onto the boat at the quayside of the River Douro close to the Taylors’s lodges and from there, shipped to London.
In 1692, an important chapter in the history of Port began. Job Bearsley, an English merchant, travelled to Portugal to venture into the wine business, founding the company we now know as Taylor’s.

Adrian Bridge, Managing Director of Taylor’s, comments: “Our history is often the history of Port itself, because in 325 years we have always been in the front line. We have pioneered new categories of Port, introduced sustainable viticulture, developed leading-edge viniculture whilst preserving traditional practices and opened challenging paths for markets that are now fundamental to the wine business. Port is one of the great classics in the wine world today, partly due to Taylor’s tireless work throughout generations”.

Ricardo Diniz, a Portuguese single-handed yachtsman, promises to bring the history and Taylor’s Port to life. At the age of 37 and a leading ambassador of Portuguese culture across borders, he did not hesitate to accept this challenge. Ricardo comments: “This is not just a special moment for Taylor’s. This is an important part of Port and Portugal’s history and something I am proud to represent and share.”

Recreating the history of that first Taylor’s shipment of Port to London, a cask of Port was shipped from the quayside in front of Taylor’s Port cellars, in Vila Nova de Gaia. The cask will carry a limited edition of a specially blended Port to celebrate the anniversary. The boat will unload its important cargo on the banks of the River Thames and the cask will be carried into the Tower of London. Then as today, England still is the main market for Port’s special categories.

This historical voyage recreation will be done in a yacht built in 1991 and named #Taylor325, that has just been fully restored and is proudly sponsored by Taylor’s.

Following his voyage to England, Ricardo will compete in the challenging OSTAR 2017 (Original Single-handed Trans-Atlantic Race). Sailing from Plymouth to Newport, Rhode Island, he will cross the Atlantic Ocean in a voyage of approximately 21 days. This will be the first time a Portuguese yachtsman will compete in the race, which was inaugurated in 1960 and is held every four years.

Adrian Bridge adds “This partnership resulted quite naturally as it unities land and sea, history and future, built on shared values as determination, courage and resilience, all essential attributes for both single-handed navigation and producing and selling Ports. And, it is with great pride that Taylor’s supports the first Portuguese yachtsman to take part in OSTAR, on the year of our 325th birthday.”
Limited Edition Port for 325th Anniversary To celebrate the 325th Anniversary Taylor’s has created a limited edition of a commemorative Port to mark this occasion.

Taylor’s Managing Director, Adrian Bridge, comments: “Taylor’s is one of the oldest Port houses and it has remained independent and family managed throughout its history. It is acknowledged as one of the most respected houses of the best classic wines worldwide as a result of the perseverance, entrepreneurial spirit and continuity of purpose of successive generations.” He also adds: “To mark this important milestone, we wanted to give an additional historical dimension to this commemorative edition of 325 years.”
A unique bottle has been specially produced based on a bottle made at around the time of Taylor’s foundation. It is the earliest example of an intact dated bottle bearing the merchant’s mark, in this case the ‘4” and “XX’ symbol still used as Taylor’s trademark to this day.

To produce this exclusive limited edition blend, our winemakers have drawn on Taylor’s extensive reserves of old cask-aged Ports and selected individual component wines originally set aside for the company’s 10, 20, 30 and 40 Year Old Tawnies. David Guimaraens, Taylor’s winemaker, comments: “This opulent and seductive aged tawny is a fitting tribute to Taylor’s 325th anniversary and to the firm’s expertise in ageing and blending the finest cask aged ports.”

This Port pairs particularly well with toasted almonds or dark chocolate, as well as being an excellent accompaniment to mature blue cheeses, preferably served slightly chilled. This highly collectable limited edition to commemorate Taylor’s 325th anniversary will be available at good wine merchants.