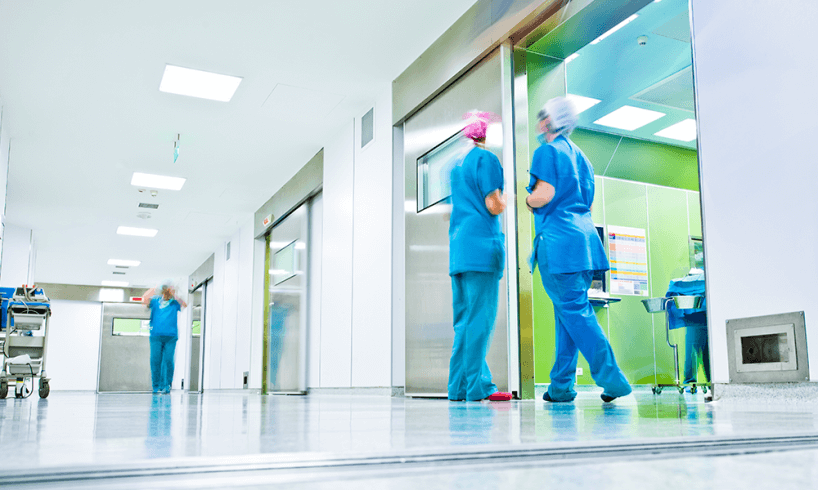 Richard Scott-Watson started working as an expert witness in Orthopaedic Trauma case in 1990. Due to the nature of the system, most of his requests come from claimant solicitors but Richard also does joint and defendant instructions. We asked Richard to explain what type of work he deals in.

Discussing the volume of work he deals with, Richard outlines how he keeps his business thriving and attracts clients. He also points out some of the weaknesses in the legal sector, particularly regarding small claims, which he believes needs more stringent checks.
“Every case presents a challenge to provide the court with the correct information about the case based on interview and contemporaneous records. It is always preferable to have the records before the interview. My business runs at around one thousand cases per year and I advertise in various professional journals to remain visible.

“The industry is in flux at present. Nobody really knows what the recent changes to Small Claims will do, but as MedCo with its initial reports without notes was welcoming fraud, it looks as if this will get worse. There is still nothing stopping the claimant (who may only be a friend of the driver and not even in the vehicle) claiming an injury, they get a GP expert report, no notes, and claim to have already recovered. Nothing is checked – everything could be fabrication. A weaker system would be difficult to make.”
Richard talks about some of the problems within the industry, noting how poorly some of the experts get paid, leading to an absence of clarity, alongside the lack of direct communication in some cases, as he explains.

“Success is based on sticking to the CPR. That way everyone knows what they are getting. Solicitors often try to build cases up to something that is not justified by the accident or records, but the expert has to resist changes unless documents indicate that change is appropriate.

“The best way to instruct in this industry is direct with experts. Many solicitors go through agencies but the fees are higher than going direct and the agency will take 50-80% of the fee. This is one major reason why GP expert reports are so poor – they are paid almost nothing for them and so take 5 minutes to write them. Direct communication also prevents delays that are a part of working through a third party, who will not always pass on instructions accurately and will sometimes make mistakes with items such as date of accident, which causes problems.”

Regarding disability, Richard believes this is an important aspect of many personal injury cases but is often overlooked. He believes this should be looked at in the future.

“Disability is an important aspect of many personal injury cases that is often overlooked, or reported on by someone very well qualified in other fields but with no qualifications in disability (the vast majority of experts do not have a disability qualification). Claimants often present with areas previously injured that they have now re-injured or have sustained a new injury in the same area.

“Assessing the total disability in these cases is essential but these things add together strangely. The final disability is not just the sum of the parts. Where the two disabilities interact, there is both the individual disability plus the interaction, so one of the few cases where it is possible to say that two plus two really does equal five. Equally, where someone is left with a permanent disability, there is the potential interaction with the ageing process.

Ultimately, Richard believes there needs to be more clarity and more stringent checks within the medical and legal sectors, as people are gaining an advantage where they should not and others, particularly those with a disability are not getting the support they need.

“Cases where one remaining disability can lead to another injury are not uncommon. This is particularly the case with abnormal gait. It can be difficult to make a reasonable estimate as to when deterioration will occur if insufficient time has been allowed to determine what is most likely.

“Many cases that I see are ‘simple whiplash’, and most of those turn out not to be. My hobby horse is the neurological consequences of these injuries. Many of the claimants have low level, usually nondisabling arm symptoms which many practitioners seem to either ignore, put down to something else or mention but then ignore. The problem is that this leaves claimants with permanent symptoms that would be completely remediable with appropriate treatment, in the majority of cases, as this is not a condition that will resolve spontaneously. The other problem with it is that claimant’s recollection.

This generates two problems: Firstly, that it can be ignored because the initial medical report does not use the notes and is usually written before the symptoms return (the claimant has usually forgotten the initial symptoms, and these reports are so brief that detailed questions are not asked). Secondly, that when those symptoms do return, being three months later, both the claimant and the expert who is unclear of the diagnosis can put it off as something unrelated.”

• Fully trained in CPR and in LVI cases.