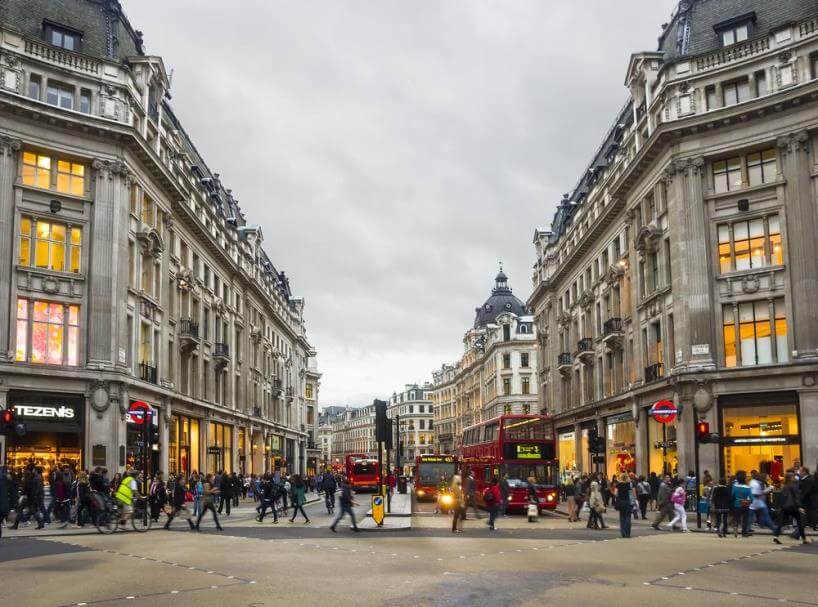 Independent integrated agency Four Communications Group (Four) today announced the acquisition of Rain Communications (Rain) in a move that sees the business extend into the retail, destination and luxury sectors. Rain, which was formed over a decade ago, billed some £1.6 million in fees in 2015. Four had a record breaking year in 2015 billing £21 million in fee income. With Rain and recently acquired healthcare agency, Packer Forbes, Four is targeting income in excess of £25 million in 2016 including additional organic growth.

Rain is recognised as the leading name in its sectors and has an impressive client portfolio across global and UK brands. Retail and destination clients include New West End Company (Oxford Street, Bond Street and West End campaigns), McArthurGlen Designer Outlets, Midtown BID, Centre MK, Wyevale Garden Centres and Springboard and luxury clients include Walpole British Luxury and London Luxury Quarter.  The agency is known for a number of iconic campaigns including the launch of new stores for John Lewis including Stratford City, over a dozen Christmas launches for Oxford Street with global names such as Kylie Minogue & Robbie Williams and front page news campaigns such as the British Red Cross pop-up shop supported by Covent Garden.

Rain Communications will rebrand as Four Rain and founder Delia Hyde will become chief executive of Four Rain and join the operating board of Four Communications Group. It is anticipated that Four Rain will work closely with many of Four’s other practices in highly complementary areas including Four Public Affairs, Four Culture, Four Travel, Four Property and recently launched Four Brand, led by managing director Sally Hetherington who joined the agency in June from Edelman where she was head of brand for the London operation.

Nan Williams, Four Communications Group chief executive said: “The expertise and experience of the team at Rain strongly complements the existing offering at Four. There is an excellent cultural fit, great potential for cross-working and the immediate opportunity to enhance our offering in the retail, destination and luxury sectors. We’ve long been admirers of Rain’s work and we’re looking forward to welcoming them into Four.”

Rain founder and now chief executive of Four Rain, Delia Hyde, said: “Becoming part of Four Communications Group as its retail, destination and luxury specialists provides us with both a bigger stage to operate on and the opportunity to work with other Four services including digital, design and media planning & buying. This will boost our capabilities and help us continue to deliver outstanding service to clients.”

This acquisition is the fifth since Four successfully secured a £10m investment of equity finance from BGF (Business Growth Fund), the UK’s most active provider of growth capital to mid-sized businesses, in 2015.

Over the past four years, Four has built a strong track record of acquiring and integrating communications agencies which offer complementary services to the Group including bgb in 2011, Colman Getty in 2012, Kinross & Render in 2013 and Consolidated PR in 2014. In 2015 Four acquired MSA Media, Broadgate Mainland and Welsh integrated agency FBA and in 2016, independent healthcare communications consultancy Packer Forbes. There are further acquisitions planned for 2016.

Four is now ranked no.15 in PR Week’s 2016 Consultancies report, no 6. Independent in the UK, no.4 Consumer PR agency, no.7 Public Affairs and is no.46 in the world.  In 2016 Four was ranked in the Sunday Times BDO Profit Track 100 league table, which ranks Britain’s 100 private companies with the fastest-growing profits over the last three years, the Sunday Times HSBC International Track 200 league table, which ranks Britain’s mid-market private companies with the fastest-growing international sales and was named by the London Stock Exchange as one of the 1000 Companies to Inspire Britain 2016.

More about BGF (Business Growth Fund) can be found here.