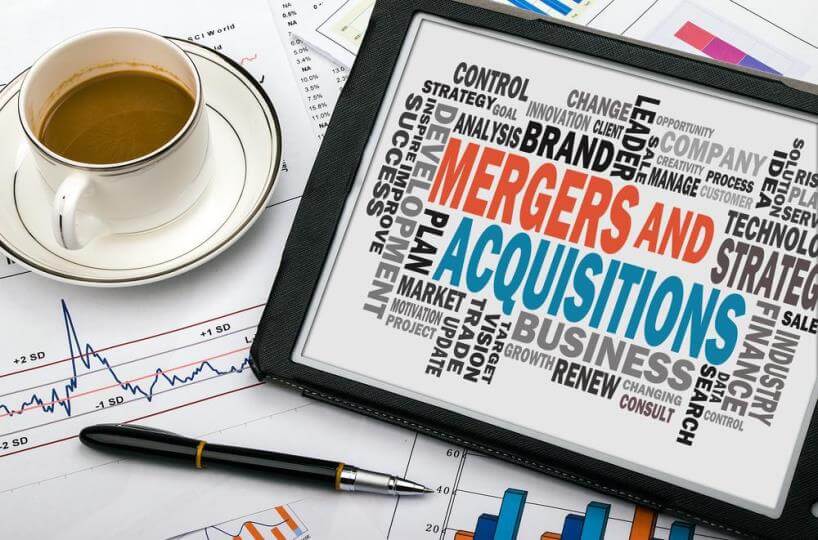 According to 451 Research’s recently published Tech M&A Outlook 2016, acquirers will spend hundreds of billions of dollars on tech acquisitions in the coming year to adapt to a rapidly changing marketplace with notable hotspots in information security, IoT and niches of the software sector.

Two key trends will drive much the action in software M&A activity: the move of business applications and IT infrastructure to cloud-based models, the need for new data management capabilities to address the growing demand on IT resources anticipated from IoT. The digital transformation and analytics sectors will also help drive M&A activities during the year.

451 Research’s forecast for the software market identified more than 90 companies as potential M&A targets in 2016 and another 13 private companies as potential IPOs. Potential acquisitions for 2016 noted in the study include an IBM (NYSE: IBM) purchase of GitLab to own a key part of the development tool chain and BMC purchasing Graylog to move further into DevOps. The push into DevOps may also spark SolarWinds (to purchase VictorOps or VMware to acquire HashiCorp. Furthermore, as DevOps creeps into traditional service management, ITSM providers such as ServiceNow (NYSE: NOW) may pick up startups such as Datadog or SaltStack to begin that transition.

Because API management platforms represent some of the core enabling technology needed for IoT platforms and hybrid IT integration, 451 Research expects 2016 to bring increased acquisition activity around API management vendors, which was an active area for M&A in 2015. Attractive candidates noted in the study include 3scale, Akana, Apiary, Cloud Elements, Restlet, SmartBear and WSO2. Potential acquirers include cloud service providers like Google (NASDAQ: GOOG) or Rackspace (NYSE: RAX), which are both looking to better position themselves against heavyweights AWS and IBM. In addition, communication service providers looking to bring IoT platforms to the market, such as Verizon (NYSE: VZN), and the technology vendors that serve those service providers, such as Huawei, are also strong potential acquirers.

Likely IPO candidates in this sector include AppDynamics, Mirantis and MuleSoft in the development, DevOps and IT operations space, along with several companies in the data platforms and analytics space, including Host Analytics, Sumo Logic and DataStax.

Another M&A trend the market saw in 2015 is the rising importance of information security. According to an annual survey of technology investment bankers that 451 Research conducted in December 2015, for the first time in five years, mobility was displaced by enterprise security as the number one area of expected M&A spending increases in the coming year. Two out of 10 investment bankers expect ‘substantially more’ and another 52% anticipate ‘somewhat more’ acquisition spending this year in the security market. 451 Research’s M&A KnowledgeBase tracked 133 deals in the information security sector totalling $10b in 2015. Some of the biggest transactions came from corporate deals including Raytheon’s (NYSE: RTN) purchase of Websense for $1.3b, and Cisco’s (NASDAQ: CSCO) acquisitions of OpenDNS and Lancope for $635m and $452m, respectively.

Though overall security revenue continues to increase among companies in this sector, oversupply is a real concern and there is some evidence that growth is slowing for incumbents. The market is likely to see strong M&A activity in data security and identity and access management. In the data security space, two of the remaining independent data-loss prevention providers (Digital Guardian and Fidelis) have been evolving themselves into more broadly conceived data threat protection players, which could make them more attractive to incumbent security vendors. Potential acquisition targets in the identity and access management arena in 2016 include personal identity management companies CyberArk (NASDAQ: CYBRP), BeyondTrust and Thycotic, among others.

IoT will rise in prominence on M&A agendas in 2016 as key players consolidate in order to expand their portfolios to fill roles in the IoT value chain, increase the breadth and depth of IoT and adjacent services and capabilities, and position themselves as end-to-end service providers. Expect increased activity in the mega-merger possibilities; including a tie-up of Intel (NASDAQ: INTL)  and Qualcomm (NASDAQ: QCOM) in the chipset space, and a potential Texas Instruments (NASDAQ: TXN) acquisition of Linear Technology (NASDAQ: LLTC), Analog Devices (NASDAQ: AD) or Microchip (NASDAQ: MCHP). Moves to bolster automotive capabilities may inspire NVIDIA (NASDAQ: NVDA) to acquire Taiwan-based MediaTek, which has recently formed a new IoT division. Or Renesas could be an alternative strategic buy for Texas Instruments given their strength in automotive and the industrial sector.

“Though there will be billions in investment in these hotspot technology sectors, the deal-making environment in 2016 has changed dramatically and the market will see a much slower-growth environment, with a lower volume of transactions and a dramatic drop in valuations,” noted Brenon Daly, Research Director, Financials and one of the authors of the research. Nearly two-thirds of senior investment bankers surveyed in 451 Research’s 2015 survey of investment bankers indicated they see deal pricing coming down in 2016, compared with just 14% that anticipated valuations ticking higher. That is almost a direct reversal of the typical valuation outlook over the past half-decade given by M&A advisors. Corporate buyers are even more bearish than their advisers, at least when it comes to their mainstay transactions. An astounding three-quarters of corporate development executives (74%) forecast that the M&A valuation of private companies would tick lower in 2016 compared with 2015. A trend of lower valuations in 2016, if they take place, could mean significant bargains ahead for buyers.