The Isle of Man’s Ever-Growing Economy 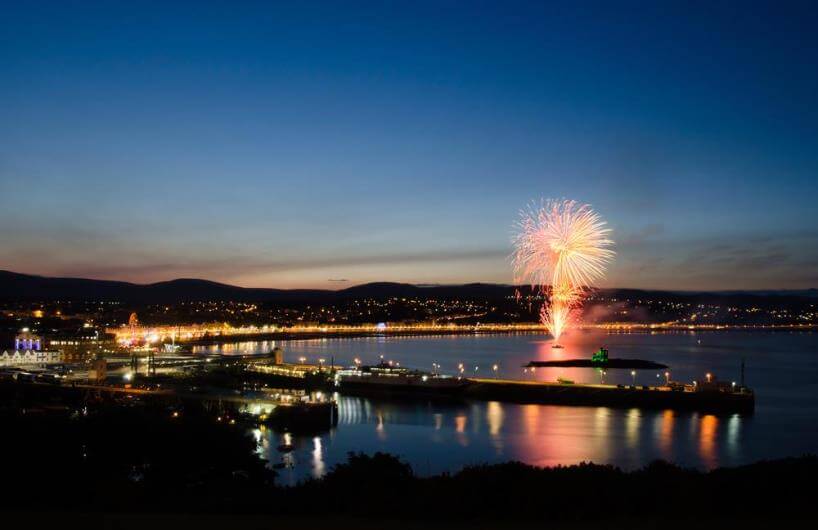 In contrast to almost all other jurisdictions in the world, the Isle of Man has entered its 4th decade of continuous economic growth.  This performance has prompted Acquisition International to look closely at this small International Business Centre which would appear to have found the Holy Grail of sustained fiscal growth.

We’ve invited Christina Rawlinson FCCA, a Director of Cavendish Trust Company Limited, an Isle of Man based independent, international corporate and trust service provider to explain the secret of the Island’s economic success.

The Isle of Man is a self-governing British Crown Dependency, located in the middle of the Irish Sea with a population of c86,000.  According to the latest figures available from the Isle of Man Government’s Economic Affairs Unit, the Isle of Man’s GDP has reached £4.32bn after recording real growth of 4.5% during the 2013/14 year. Furthermore, 2013/14 is now officially recorded as the 31st successive year of growth for the Island’s economy.

The strength of the Isle of Man economy is its diversity and ability to adapt to and embrace an impressive range of business sectors. This includes the full breadth of financial services, together with aviation services, ship and superyacht management, manufacturing and e-commerce, which have each traditionally been, and continue to be, integral components of the Island’s commercial footprint. More recently, however, we have seen the introduction of an exciting array of new business sectors setting up home here. ICT, e-business and e-gaming, together with the aerospace and satellite industries, are all now playing their part in the Island’s economic success.

But does this fully explain the Isle of Man’s impressive achievement of year-on-year real economic growth, particularly against a backdrop of international fiscal stagnation and even recession?

Businesses thrive and fail for all manner of reasons. As a consequence, business owners place a high value on reducing as many external pressures as possible which can negatively impact upon their trading environment.  The Isle of Man Government, in partnership with local regulatory bodies and industry, has endeavoured to create a business friendly landscape, which focuses on creating the right balance of regulation, transparency, political stability, taxation and financial assistance. This sensible approach has enabled businesses to flourish.

The Isle of Man Government also understands that to sustain economic growth it needs to be   pro-business, not just for the benefit of existing operators, but also to ensure that the Island is seen as an attractive proposition for new business start ups.  Where possible, this extends to providing assistance during periods of capital outlay and expansion.  It is for this reason that the Government has created a Financial Assistance Scheme, which is designed to encourage new inward investment, particularly in sectors such as manufacturing, ICT, e-business, tourism & leisure and financial services.

In addition to the Financial Assistance Scheme, the Isle of Man Government has just announced the creation of a £50m Enterprise Development Scheme to provide VC capital and loans to new Isle of Man businesses and to stimulate further economic growth. I believe this is an extremely positive step towards maintaining long term prosperity for the Island, because in encouraging new companies to set up in the Isle of Man, this will provide scope for additional employment opportunities. Adding to our existing high quality, multi-skilled workforce can only help the local economy to thrive.

Another potentially unique factor is the close working relationship between industry and the Isle of Man Government. As an example of this cooperative, open-door policy, businesses are able to  liaise directly with senior Government Ministers, including the Island’s Chief Minister.

The Island is also well catered for in terms of transport, enjoying strong air and sea links to major transport hubs in the UK and Ireland, which provide onward air connections to Europe and the rest of the world.

The business friendly approach adopted by the Isle of Man Government is just one reason for the Island’s sustained economic growth.  Another key factor is the Island’s straightforward and advantageous corporate and personal taxation regime, which combines successfully with a well balanced, robust and internationally respected regulatory system.

The Isle of Man’s taxation system includes corporate tax at 0%, no capital gains, inheritance, withholding or wealth taxes whilst employees enjoy a low rate of tax of 20% on earnings over £19,500 p.a. (with a tax cap of £125,000 p.a. for high earners).

As regards the regulatory regime, the Island is an OECD ‘white-listed’ transparent jurisdiction and is internationally recognised by the IMF, FATF, EU Code of Conduct and other international bodies as meeting/ exceeding international AML/ CFT obligations.

The third and final reason for the Island’s sustained economic growth is its market leading, technological and legal frameworks which provide an enviable platform for the provision of a wide range of international services and corporate structuring.  This combined base, plus the kudos associated with a robust regulatory regime, has resulted in the ICT and e-business sectors enjoying significant growth in the past few years.

Cavendish Trust is part of the Abaris Fiduciary Group of Companies and is regulated by the Isle of Man Financial Services Authority.  As a full service Isle of Man based corporate service provider with a client base dating back 30 years, Cavendish Trust Company has a close association with all the major business sectors that operate in the Island. As such, Cavendish has the experience and the necessary skill sets to be ideally placed to assist new businesses to establish in the Isle of Man and this includes helping business owners and their families to relocate.