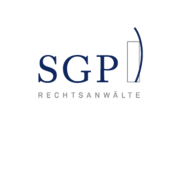 Pyrolyx AG announces that the notarial purchase contract for the previously announced proposed acquisition of cct Stegelitz GmbH has been signed, with closing expected in the near future.

cct Stegelitz GmbH will be fully integrated into Pyrolyx AG, which will continue to invest in cct’s production site in Stegelitz in the German region of Saxony-Anhalt.

The acquisition of cct shall be financed by issuance of Pyrolyx AG convertible bonds and a cash capital increase with an issue price of €103.00 per share. As part of the transaction, cct shareholders shall be issued 104,000 shares of Pyrolyx through a capital increase in kind, representing approximately 16% of the fully diluted and outstanding Pyrolyx shares at closing.

Pyrolyx AG intends to construct Pyrolyx production facilities in Stegelitz alongside the existing cct plant. Over the next 3 years, Pyrolyx AG plans to invest approximately €30 million into the build-out of production capacities to establish the world’s largest environmentally sustainable producer of recovered carbon black from end of life tires.

The next Annual General Meeting of Pyrolyx will be held at Munich Stock Exchange on October 15, 2015, at which time Pyrolyx management will present the integration of cct and the group’s organisational structure.