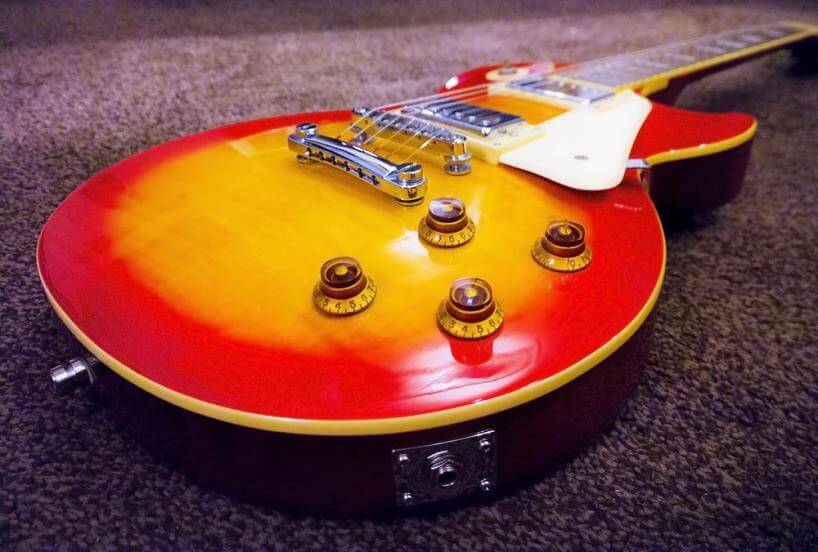 We spoke to Henry Juszkiewicz, who is Chairman and CEO of the famous Gibson Guitar Corp.

Henry Juszkiewicz, Chairman and CEO of Gibson Guitar Corp., grew up in Rochester, NY. With a passion for music and superior academic skills, he enrolled at the General Motors Institute in Flint, MI, a five year co-op engineering college. Sponsored by GM’s Delco division, he gained experience in a variety of different jobs at Delco’s 6,000-employee electronic components plant in Rochester. Putting his musical skills to work, he worked his way through school playing guitar – a Gibson, of course – in various rock bands playing for parties and weddings. After graduating with honors, he worked at Delco Products for two years as product manager while studying for an MBA in night school at the University of Rochester. He completed his MBA at Harvard University on a General Motors Fellowship.

Juszkiewicz then joined the New York firm of Neiderhoffer, Cross and Zeckhauser, Inc., a pioneer in the area of middle-market deals, where he rose to the position of executive vice president of mergers and acquisitions. He left the firm in 1981 and, with two former Harvard classmates (David Berryman and Gary Zebrowski), acquired Phi Technologies of Oklahoma City. Within one month he turned the struggling technology firm into a highly profitable company.

In 1986, Juszkiewicz and his partners acquired the faltering Gibson guitar operation from the Norlin corporation. Juszkiewicz’s aggressive management style again effected an immediate turnaround, and Gibson became profitable within a month’s time. With creative and innovative marketing tactics he concentrated on the consumer rather than the retailer – a reflection of his personal experience as a guitar player. Refocusing the company on achieving the highest possible standards of quality and customer service, he drove Gibson from the brink of closing to a company that has regained worldwide respect with annual average growth of 20 percent over the last decade.

Juszkiewicz is a committed supporter of The Rainforest Alliance and conservation. A member of the Society of International Business Fellows and others, Juszkiewicz continues his commitment to a better world through his active participation in organizations such as Nordoff-Robbins, which provides music therapy for severely handicapped children, to the T.J. Martell Fund for Leukemia Research, The Environmental Defense Fund, Teenage Cancer Trust and leads numerous philanthropic endeavors under the Gibson Foundation banner. He is a board member of the Country Music Hall of Fame, a board member of the Rock and Roll Hall of Fame and Museum, a board member of the Rainforest Alliance and a board member of the We Are Family Foundation. He is a co-founder of Music Rising, a campaign to help aid musicians, schools and churches of the Gulf Coast and is active in the Clinton Global Initiative and numerous environmental causes. He is the recipient of numerous awards, honors and extensive media coverage.

Juszkiewicz began fulfilling his vision of Gibson as a full-line, global musical instrument company by acquiring other instrument companies, establishing a Gibson-owned European distribution center with joint-venture distributors, and acquiring manufacturing facilities in China. He dedicated a standalone division to R&D, resulting in the introduction of the worlds first digital guitar, the HD.6X Pro and most recently, the Gibson Robot Guitar, both which represent the biggest advance in guitar technology since the invention of the electric guitar over 70 years ago. He continues to expand the company worldwide with new consumer electronics accessories, the acquisition of the Wurlitzer Jukebox company and several other facilities in China.

Henry Juszkiewicz resides with his wife and children in Nashville.