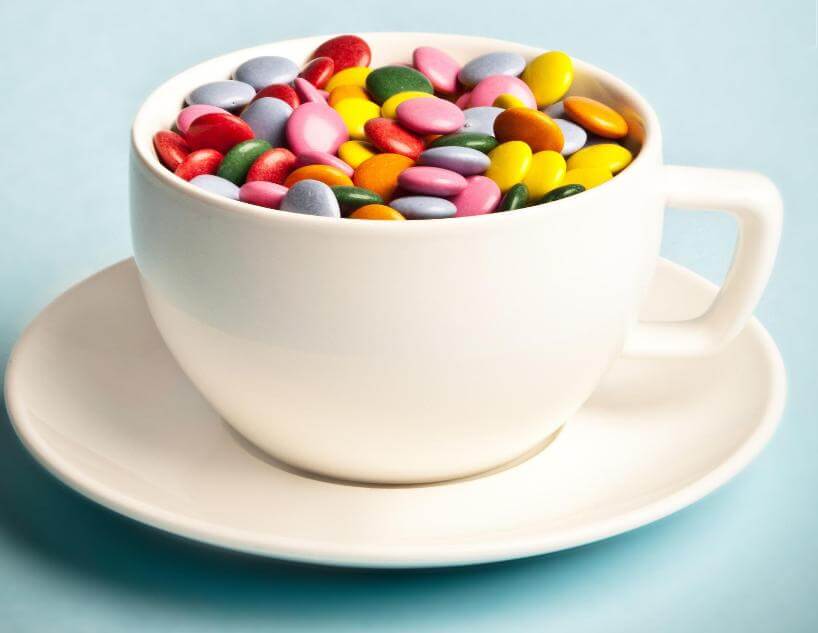 Katjes International is a holding company focused on participations in sugar confectionery companies with strong brands. “Our geographic focus is on Western Europe and it is our strategy to grow both externally by acquiring confectionery companies with strong brands and organically through the existing brands in our portfolio,” says Tobias Bachmüller, Managing Shareholder, Katjes International.

“As a strategic investor, Katjes International pursues a buy-and-hold-strategy with a long-term view and the goal to leverage synergy effects among its participations, increase the operating performance and to further develop the brands. We have, in our view, demonstrated this successfully with our largest participation, Lutti France, which is France’s No. 2 brand in its sector. In addition, we aim to create cross-selling potential across our holdings and support our holdings in entering new markets.

“Our approach is to keep the acquired brands and to continuously strengthen them. Our participations therefor typically remain legally independent entities and continue to be operated by the existing local management. We believe in the idea of “local people for local markets“. This differentiates Katjes International, in our view, from many of our competitors.”

“Firstly, sugar confectionery is our DNA, and as a strategic investor we focus on what we know and what we do best. This also allows minimising risks within our strategy to grow through acquisitions.

“Secondly, Western Europe represents 60% of the population, 70% of the GDP and 71% of the confectionery market of the EU. Hence, it is a very large market offering sufficient opportunities for further growth.

“Thirdly, operating mainly in the single currency Euro area removes foreign currency risks from our business and provides a familiar legal framework for our operations.

The confectionery market is generally characterised by its resilience and non-cyclicality, he continues. “Even during the recent financial crisis our market showed a very stable development.

“We see further attractive market opportunities for acquisitions in Western Europe due to the expected ongoing consolidation of the market as well as succession planning within our industry (which is dominated by many SME companies which continue to be family-owned).”

Katjes International has successfully executed five acquisitions since 2010. “Hence, we have a strong M&A track record making us one of the most acquisitive companies in our industry by number of successfully closed transactions. With sugar confectionery producer Lutti, our largest participation to date, we own France’s No. 2 brand and Belgium’s No. 1 brand in its respective markets.

Also in Belgium, we have acquired the second largest confectionery distributor/supplier to the Belgian trade, Continental Sweets Belgium (CSB). CSB has been voted the No. 1 sales team in 2010 and 2014. Dallmann complements our portfolio of strong brands with its traditional products in the cough candy segment. Dallmann’s famous sage cough candy is the No. 1 cough candy in German pharmacies (by number of sold packages).

“With the acquisition of Piasten, Katjes International has acquired the largest German manufacturer of sugar-coated products. Piasten’s product portfolio comprises well-known brands such as ‘Big Ben’ and the German ‘Schokolinsen’. In addition, we own a 50% stake in the Dutch liquorice producer Festivaldi, which sells the best-selling liquorice product in the Netherlands (Harlekijntjes) by volume.”

The acquisition of Piasten complements the product portfolio of the Katjes International Group by adding the domestically and internationally growing confectionery segment of sugar-coated (or “panned”) products, says Bachmüller. “Following the transaction, Katjes International can offer all main products and production technologies within our sector to our clients.

“Also, Piasten is a very good fit for our three main investment criteria: Active in the sugar confectionery market, based in Western Europe and a well-established brand which has been in the market for more than 60 years.

“For the sellers, the transaction provides a solution for the succession planning,” he says.

“Also, the management of Piasten and Katjes International pursue a similar strategic direction and similar goals with respect to the future of Piasten, i.e. focus on growing the sugar-coated sales volumes.”

In order to ensure business continuity, Bachmüller says, the current management, which acquired Piasten in 2005 through a management-buy-out from the previous owner Cadbury, will remain in place for at least another five years.

The goal of Katjes International is to further extend its market position, with a focus on sugar confectionary in Western Europe, via the acquisition of additional strong brands as well as organic growth of the already established brands, says Bachmüller.

“The sister companies Katjes International and Katjes Germany pursue somewhat different business models, which are not in competition with each other. For example, since 2011 Katjes International uses the capital market as a funding source having issued a bond of €45m. Within Katjes Group, despite being legally independent, both companies benefit from being part of a larger Group which allows capturing different synergy potentials, combining experience and existing business relations and market access. The regional proximity as well as largely identical raw materials, for example, allow realising certain purchasing synergies.”

Katjes International was advised by the following external service providers: FERBER & CO. as financial/M&A advisor, ARQIS Rechtsanwälte as legal advisor, EY for the financial due diligence side, and WTS for tax aspects. Each was vital to a successful transaction, Bachmüller says, as keeping the original timeline was important for Katje International as the buyer. “Internally, a deal-team was set-up in order to efficiently manage the process and ensure that our key priorities were achieved.

“Prior to starting the due diligence, a general settlement on major economic terms was agreed, albeit subject to possible due diligence findings. In order to shorten the overall execution timetable, parts of the SPA drafting were done in parallel to the on-going due diligence.

“One particular feature of the transaction was a warranty and indemnity insurance in order to cover certain aspects of the final purchase contract.”

Bachmüller says the transaction was executed within a timeframe of around four months for due diligence and contract negotiations. Signing and closing occurred on 30 September 2014. In the financial year prior to the transaction, Piasten had approx. €92m in net sales and around 400 employees.

The sellers were the three managing partners of Piasten who acquired the business through a management-buy-out in 2005 from previous owner Cadbury. “The reason for the sale was a timely succession planning,” says Bachmüller. “The three sellers continue as managing directors for at least another five years also after the acquisition by Katjes International.”

The transaction had the usual process-oriented challenges, says Bachmüller. “Also, as in most M&A transactions, negotiating the economic terms of the transaction was key. In this context, the aforementioned W&I insurance helped due to the fact that the Sellers were naturally interested in achieving as much proceeds certainty as possible (without having to worry about possible W&I claims up to several years after the closing of the transaction).

“Another important aspect concerned the tax treatment of the transaction, both for the Sellers as well as for us as the Buyer. In order to achieve certainty on specific questions, tax authorities were involved in the transaction at an early stage, which also represented a challenge for the deal timetable.”

For Katjes International, the Piasten acquisition allows it to achieve its growth plans ahead of its original schedule. “In general, it is our aim to double in size every three to five years through a combination of organic and external growth,” says Bachmüller.

“The transaction also complements our existing product portfolio perfectly with the segment of sugar-coated products, which is domestically and internationally a growing segment in our market. This focus on sugar-coated products is a continuation of the business strategy which was in general already followed by the selling management team for the last decade.

“For Piasten, the sale of the business guarantees a long-term oriented ownership structure in a larger group providing stability for the management and the employees as well as a sustainable growth perspective.

“As in all of our acquisitions, we also aim at realising certain market oriented synergies, e.g. through cross-selling opportunities by exploiting existing distribution platforms.”

Through the acquisition, Bachmüller expects the Katjes International Group to have approximately €215m in sales in 2015, with leading market positions in many Western European countries.

“In addition, through the transaction we aim to achieve synergies in procurement, operating synergies as well as realising cross-selling synergies.

“In the medium-term, we also aim to strengthen the Piasten brand further and continue to focus on the development and growth of the sugar coated product range. But also the existing chocolate praline business will be continued and, where economically sensible, be extended.”

For Katjes International, the transaction provides access to production capabilities in sugar coated (“panned”) products like the well-known “Big Ben” range, he says. “This type of production capability was not previously available in our Group, which can now offer the full range of sugar confectionery products to our clients.

“For Piasten, the acquisition by Katjes International means being part of a larger Group with market leading positions across many Western European markets. This provides several benefits including but not limited to achieving synergies in procurement, operating synergies, access to existing distribution platforms for example in France, Belgium and the Netherlands.”

Asked what he believes are the essential elements to successfully completing a deal and ensuring its success long-term, Bachmüller says that, as each deal has its own peculiarities and dynamics, it is difficult to generalise on “secrets of deal success”. “In the Piasten acquisition, an early agreement between the seller(s) and the buyer on the main economic terms of the transaction helped the deal teams to focus on the execution aspects of the transaction,” he says. “In addition, the deal teams, including external advisors, have worked together on previous transactions, which typically ensures a smoother execution.

“To ensure long-term success, we believe in our policy to continue an acquired business with existing (local) management in order to limit business disruptions and provide stability both for the employees and our clients.”

Part of the growth strategy of Katjes International is to acquire further participations with a focus on companies active in the sugar confectionery market in Western Europe, Bachmüller says. “While we are interested in targets in all of Western Europe, we are not currently present with own subsidiaries in Spain and Italy and hence have a specific interest in these markets. Katjes International continuously observes the market in order to identify suitable target companies.

“In addition to being geographically located in Western Europe, we are interested in companies which have a similar product range as we do (‘products lying in the same shelf as ours’) as well as a strong brand.”

Scams to be aware of as a professional