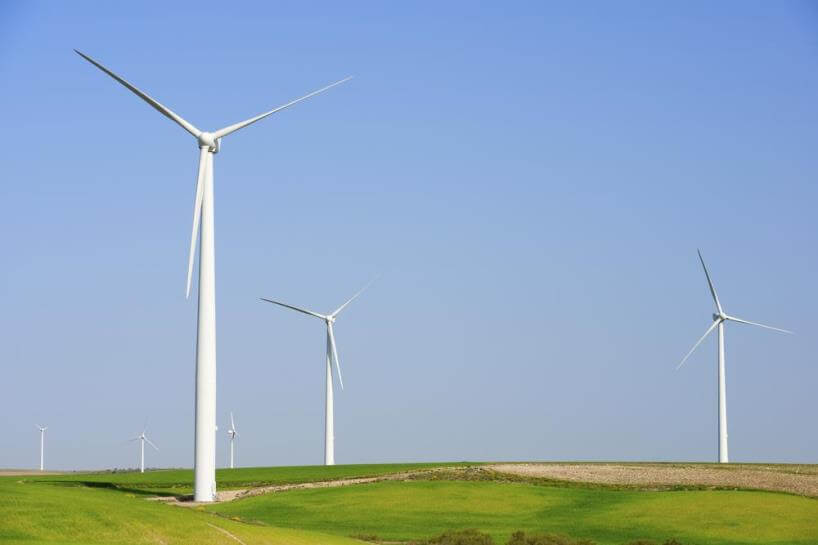 In November 2014, EDC, through its effective wholly-owned subsidiary, EDC Burgos Wind Power Corp., signed a US$315m financing agreement with a group of foreign and local banks for the construction of the 150-MW Burgos Wind Project (BWP). BWP is located in the province of Ilocos Norte, at the northwest corner of Luzon Island. The facility, which consists of US dollar and Philippine peso tranches, will mature in 15 years.

BWP represents EDC’s single largest investment to date. EDC has invested US$450m in BWP including the US$315m in project financing with leading international and local banks led by Eksport Kredit Fonden (EKF), Denmark’s export credit agency. It will provide 370 GWh of electricity to power approximately two million households and the project will displace about 200,000 tons of carbon emissions annually.

BWP achieved successful commissioning on 5 November 2014 following its nomination by the Department of Energy for Feed-in-Tariff eligibility. Both Phase 1 and Phase 2 of the project, totalling 150 MW have been endorsed by the DOE to qualify for the FIT on 11 November 2014. On 18 December 2014, the Energy Regulatory Commission issued the Provisional Authority to Operate to BWP.

“The Burgos Wind Project has been in development for several years awaiting the passing of the Renewable Energy Law and the establishment of the feed-in-tariff regime,” says Reman A. Chua, Assistant Vice President and Business Unit Head for Wind. “Following the announcement of the Department of Energy that the allocation of the 200 MW installation target for wind technology will be on a first come – first serve basis, EDC jumpstarted the development and proceeded with construction to ensure that the project secures its Fit Eligibility allocation. Only wind projects that are issued a Certificate of Endorsement (COE) by the DOE will be eligible for the Feed In Tariff.

“After construction commenced, EDC initiated discussions on financing of the project. A key element of the non-recourse financing is a high level of export credit agency support from EKF, the Danish Export Credit Agency. EKF’s support to the transaction was critical to assist the international lenders with the 15-year loan tenor and country credit limitations.”

All major deals have their challenges – and this one was no different, says Avante. “The transaction is very challenging as it needed to address the challenge of a new feed in tariff system, local right of way requirements that involved about 2,100 individual landowners, a viable wind assessment, and the race to start the commissioning of the project ahead of anybody else.”

The deal’s main challenge lies in the uncertainty on the FIT and the long loan tenor of 15 years that goes with it, he says. “What if BWP will not qualify or partly qualify for the FIT? This will definitely affect the project economics and debt sizing parameters of the transaction.”
The transaction, he says, took just under seven months to complete. “EDC first met with EKF on 25 March 2014 and formal negotiations on the term sheet started with both ANZ and EKF in late May. The Documentary Close was achieved on 17 October 2014 and financial close was achieved on 21 October 2014.”

The project team responsible for putting together the contracts as well as the onsite project management during construction made the big difference, says Avante. “The project was bankable from the very beginning with risks allocated to the party best capable of handling the risk.”

A financing structure was required to accommodate a number of the deal’s facets, he says: a project with construction documents already in place, construction well progressed and initial loan funds required to reimburse equity; securing EKF involvement, tied to the provision of the turbines, to ensure the 15-year tenure could be supported by the commercial banks; separate USD and Peso tranches to accommodate international and local payments; no offtake agreement in place and thus loan repayments had an element of merchant/corporate risk that lenders needed to consider; the large and complex challenge of securing site access from approximately 2,100 landowners; and a lack of certainty around the regulatory regime for the feed-in-tariff.

“Non-recourse project finance for a wind farm has been successfully attempted in the Philippines. This is a watershed milestone for the renewable energy industry in the Philippines as it demonstrated that international banks (including Eksport Kredit Fonden) are prepared to take long term risk in this part of the world,” Avante says.

The loan is a sign of confidence from funding institutions in EDC’s ability to execute a strategic business plan for the wind project amidst intense competition in the renewable energy industry, says Avante. “What this also indicates is the foreign banks are now finding comfort in providing substantial tenor to a Philippine renewable project supported by a FIT scheme (under new regulatory environment), and not the traditional long-term Power Purchase Agreements.”
Looking to the future, apart from ensuring reliability of its existing operations, EDC has several growth projects lined up both in the Philippines and overseas, Chua says. “We have lined up expansion of its geothermal operations in existing and new frontier areas in the Philippines as well as in Chile, Peru, and Indonesia. We have also identified several wind projects in the Philippines by as much as an additional 550MW which we hope to develop in the coming years.”