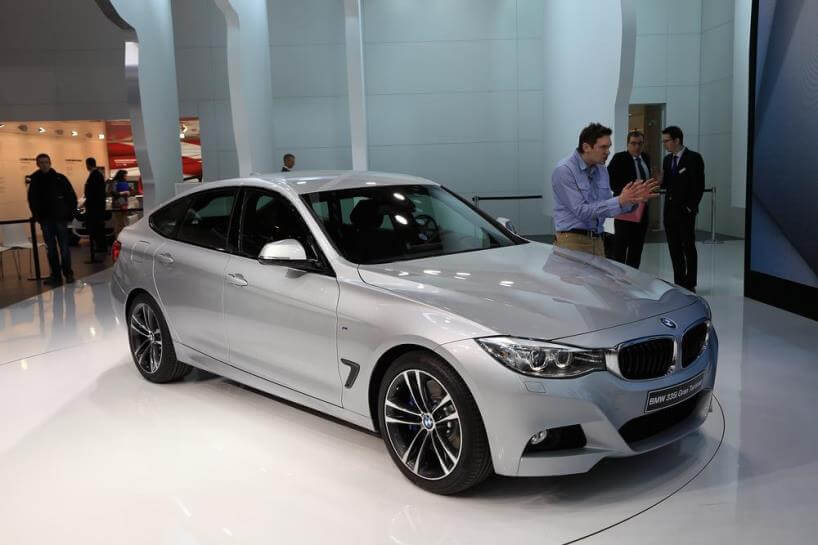 “This has been our strongest ever first quarter and we have achieved sales growth in all regions globally,” commented Ian Robertson, Member of the Board of Management of BMW AG, Sales and Marketing BMW. “It’s particularly pleasing to see the recovery in Europe continuing while sales in North America remain strong. With the momentum provided by the range of new products we are bringing out this year, I am confident we will achieve our target of delivering more vehicles to customers this year than ever before,” Robertson added.

A total of 195,593 BMW brand vehicles were delivered to customers in March, a new high for the month (+5.1%). It’s also been the best ever first quarter for the brand with a total of 451,576 vehicles sold around the world, an increase of 5.4% on the same period last year. The new BMW 2 Series continues to be in high demand with a total of 14,696 sold in March. Around two thirds of those sales were achieved by the new 2 Series Active Tourer, with a total of 9,790 units delivered to customers. Sales of the BMW 4 Series remained strong with 18,373 delivered in March. The ever-popular BMW 5 Series maintained its strong sales figures with a total of 36,028 sold in March, an increase of 0.3%. Meanwhile the great sales success of the segment-founding BMW X family continues with deliveries of the third-generation BMW X5 up 12.1% to 15,289, while sales of the BMW X6 climbed 5.4% to total 3,880.

Over 2,600 innovative electric BMW i vehicles were sold in March. Sales of the BMW i3 were higher than in any previous month, with a total of 2,067 delivered to customers, and demand for the BMW i8 – the newly crowned World Green Car of the Year – remains very strong.

Sales of MINI brand vehicles saw a significant increase compared to March last year, when sales were affected by the core model changeover. “MINI has achieved its best ever first quarter,” said Peter Schwarzenbauer, Member of the Board of Management BMW AG, MINI, BMW Motorrad, Rolls-Royce. “Our new 3 and 5 door models are now fully available and we’re seeing just how popular they are in the markets.” In March 2015, MINI deliveries rose 38.9% to total 36,635 with sales in the first three months of the year climbing to 74,312, an increase of 28.4% on the same period last year. The new generation 3 door MINI was delivered to a total of 13,890 customers in March, up 79.7% on the same month last year, while monthly sales of the brand new 5 door MINI totalled 9,688.

Compared to the same quarter last year, which was particularly strong for Rolls-Royce Motor Cars due to the popularity of the newly introduced Wraith model, sales figures for the Goodwood-based brand in the first three months of 2015 were modest but in line with expectations and within the company’s planning cycle. Difficult luxury market conditions in China added to first quarter challenges. Rolls-Royce has delivered 781 cars to customers so far this year (-12.9%).

In line with the corporate strategy of globally balanced growth, all BMW Group sales regions saw customer deliveries increase both in March and in the first quarter.

In Europe, deliveries of BMW and MINI models rose by 11.8% in March, with 114,290 vehicles sold. The first quarter also saw a solid increase in sales with deliveries up 9.6% to 234,658. Almost all European markets increased sales year-on-year with March once again seeing double-digit growth in many countries. Deliveries of BMW and MINI models in Great Britain – the BMW Group’s fourth biggest market – totalled 37,872, a significant 19.9% increase on the same month last year. Similarly strong growth of 20.0% was achieved in France, where 8,056 MINI and BMW vehicles were delivered to customers.

The strong start to the year seen in the Americas continued in March with BMW and MINI sales increasing by 9.8% to total 47,362. The first quarter was strong with 109,510 vehicles delivered in total, an increase of 9.9% compared with the same period last year. North America continues to be the region’s biggest growth driver with March sales of BMW and MINI vehicles totalling 40,139 in the USA (+12.2%) and deliveries in Canada increasing by 2.2% to total 3,125.

BMW Motorrad delivered 15,912 motorcycles and maxi-scooters to customers in March, an increase of 4.8% on the same month last year. In the first quarter, worldwide sales increased by 9.2% to total 31,370 units.