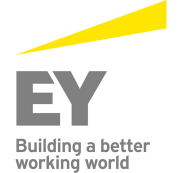 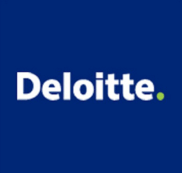 Antin Infrastructure Partners (‘Antin IP’) has today announced that it has agreed to increase its stake in the Central Area Transmission System (CATS). Antin IP will acquire BP’s 36.22% share of the CATS system and will own 99% of the business, subject to the receipt of regulatory and other third party approvals. The investment will follow Antin IP’s acquisition of a 62.78% stake in CATS in July 2014.

The CATS system transports gas through 404km of pipeline between the Central North Sea area and Teesside in the UK which is then processed on behalf of major North Sea gas producers. The North Sea is one of the most important and prolific oil and gas provinces in the world. The CATS system currently serves 34 producing fields with a high portion of contracted revenues. In 2013, CATS accounted for the transportation of 13% of UK domestic gas production.

The Antin CATS management team will be led by Andy Hessell. Andy will join Antin CATS with over 26 years of industry experience and was most recently VP Commercial Operations North Sea and Angola at BP.

Mark Crosbie, Managing Partner of Antin Infrastructure Partners, commented, “We are delighted to

have reached this agreement with BP. Having seen firsthand the strength of the CATS operation and the potential for growth, we have decided to increase our share in the business. We have exciting plans to grow and develop CATS through additional investment. CATS has a strong and skilled workforce and Antin IP’s priority is to retain and develop employees through the transition and beyond. We are delighted Andy has agreed to come on board as Managing Director and have no doubt that he will be an excellent leader of the business.”

According to Stéphane Ifker, Partner of Antin Infrastructure Partners, “Investment in infrastructure such as CATS is key to government and industry’s aim to maximise the economic recovery and realise the considerable potential of the UK Continental Shelf. We look forward to collaborating closely with our partners in industry, government and the Oil and Gas Authority to operate in one of the most promising areas of the North Sea.”