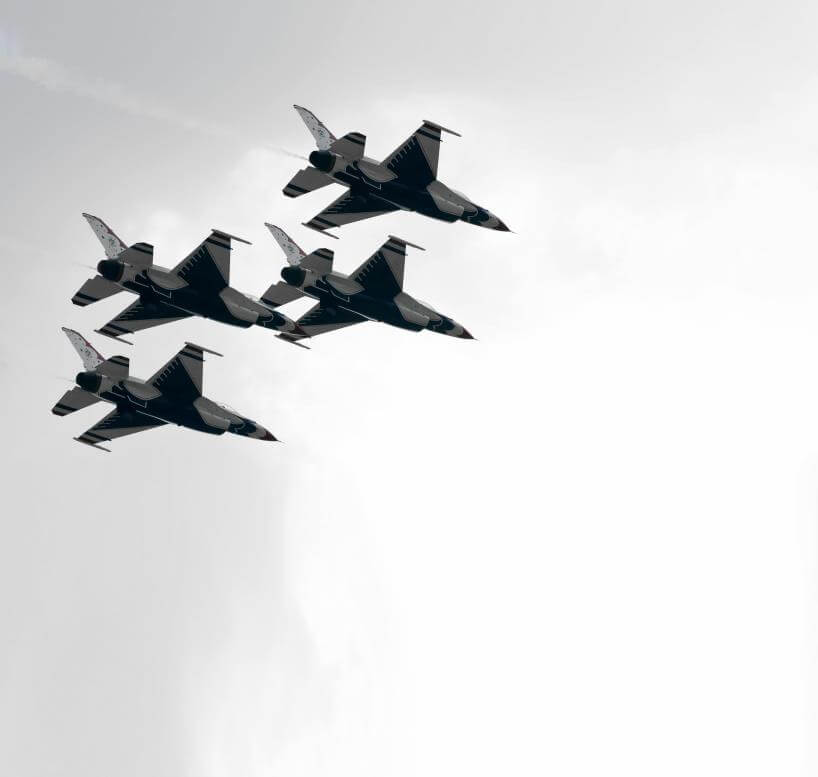 William LaMont (“T”) Thompson, Esq. is President and Chief Executive Officer of the Association of Graduates of the United States Air Force Academy. He told us about his fascinating story from enlisting in the US Air Force, to building his own company and beyond.

A native of Orangeburg, South Carolina, William LaMont became the first African-American from South Carolina to receive an appointment to the U.S. Air Force Academy in Colorado in 1969. After a distinguished tour in the Air Force as a jet instructor pilot, Captain Thompson enjoyed a twenty-five-year career with Delta Air Lines and retired as an International Line Check Captain with an assignment to the Boeing 767-400 aircraft. Thompson, also an attorney, is a member of the Massachusetts Bar and the Washington, DC Bar and is admitted to the Bar of the Supreme Court of the United States. He founded the Summit Group in 1982 and through growth, acquisitions and mergers, built the company into a small conglomerate which owned Subway, Dunkin Donuts and TCBY fast food franchises, a systems integration company, an engineering and testing company and a medical services firm. Thompson’s accomplishments have been chronicled in numerous media outlets including The New York Times, The Wall Street Journal, Black Enterprise Magazine and NBC and CBS news.

Thompson was appointed Commissioner of the Massachusetts Aeronautics Commission in 1982. The longest serving Commissioner in its history, he worked in three successive administrations under both Democratic and Republican governors. Thompson was appointed by Gov. John Hickenlooper to the Colorado Aeronautical Board, effective 1 February 2013. He then sold his business interests in 2000-2001 and took an early retirement from Delta Air Lines in 2005. He devoted his energies to speaking and writing, giving back to the community and spending time with his family. Also in 2005 he co-authored a self-help book entitled Conversations On Success with John Gray of Men are From Mars-Women are From Venus- fame and self-help gurus Brian Tracy and Jim Rohn. In 2008, he came out of retirement to become President and CEO of the Association of Graduates at his alma mater, the United States Air Force Academy. He presently serves in this position.

The US Air Force Academy in Colorado Springs, CO, along with the US Military Academy at West Point, NY and the US Naval Academy at Annapolis, MD are the nation’s elite military universities. They provide a four year college education to a selected group of the country’s brightest students and prepare them for service as commissioned officers in their respective services.  Each school also has an alumni association for its graduates which provides additional support to the academies and its cadets/midshipmen and serves their graduate communities. Mr. Thompson runs the Association of Graduates (AOG) at the Air Force Academy.

On leadership, Thompson sums it up succinctly; “Leadership is getting a group of people to follow you in doing the right things, for the right reasons, in the right ways. They need to trust that you will lead them in successfully accomplishing the mission or objectives, while valuing their contributions to that effort.”

As a former Air Force Captain, Thompson appreciates the leadership lessons learned during his time in the service and laments that more business leaders don’t apply many basic leadership principals. “Our core values at the Academy and in the Air Force are simple but fundamental to how we operate; ‘Integrity first, service before self and excellence in all we do.’ If you bring those values to any leadership task, you’ll start in a pretty good position.”

As to other characteristics of a good leader, Thompson reflects that some things are essential to achieving any significant level of success. “You need to be focused with a clear vision on what is to be accomplished and have the discipline to stay on task.  But you’ll also need to be flexible to adjust to changing circumstances. And, of course, you’ll need to be determined to get the job done because there will inevitably be challenges along the way. “

As to challenges at the AOG, Thompson shares that there have been a few. “When we took over, there was a split in the graduate community and most of the major metrics were going in the wrong direction. We’ve been able to reunite our constituencies and have aggressively moved the organization forward.”  Thompson states that graduate chapters (an organized geographic grouping of graduates) have grown from 31 in 2010 to 83 across the US and around the word with chapters now in Europe and Asia. Business revenue has grown 145% during the same period and the AOG’s communication portfolio has garnered 38 awards including successive gold medals for best alumni magazine and best web site in competition with 180 universities in the region.

Thompson says he is pleased to have been selected for this honor but credits the hardworking, dedicated professionals of the AOG who serve the Academy and its graduates with unselfish pride.