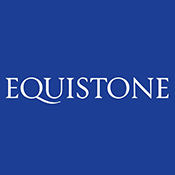 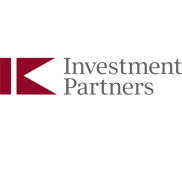 IK Investment Partners (“IK”) announces that the IK 2000 Fund has reached an agreement to sell Sportfield Deutschland Holding GmbH (“SportGroup” or “the Group”), the worldwide leading specialists for sports and recreational surfaces systems, to Equistone Partners Europe Limited (“Equistone”). The parties have agreed not to disclose the financial terms of the transaction.

With over 40 years’ experience, SportGroup is a worldwide quality and innovation leader for synthetic sport and recreational surface systems with turnover of approx. MEUR 300 in 2014. SportGroup develops, produces and installs artificial turf fields and tracks (both running tracks and multi-purpose surfaces). The Group operates an integrated business model with all system critical components being manufactured in-house. SportGroup has production facilities in Europe, North America and Asia-Pacific with approx. 1,000 employees worldwide.

During IK’s ownership, the Group has successfully completed add-on acquisitions in Sweden, France, USA and Australasia to expand its operations and further shape its global footprint. Today, SportGroup has a strong sales network consisting both of own sales teams and dedicated partners, in over 70 countries, and a strong global customer base, with over 7,000 artificial turf pitches and over 16,000 tracks installed worldwide. SportGroup regularly sets new standards and the Company’s reference projects include the Olympics Games (Beijing, London, Rio de Janeiro) among other leading sport events. SportGroup thereby addresses the long-term market trends of increasing penetration rates of artificial turf and recreational surfaces worldwide.

“Since being acquired by IK the size of the Company has doubled and the global footprint has significantly improved. The challenging market situation that we faced in 2012 triggered a transformation of SportGroup, and alongside IK, we actively invested in product innovations and brand strategy, as well as in sales and organisational excellence in order to best serve the global market trends. Today, we are the optimal positioned player in the sports surfaces industry, and we are pleased to be entering into a partnership with Equistone to support the Group’s future strategic development and growth,” said Frank Dittrich, CEO of SportGroup.

“SportGroup has transformed from being a European actor into a worldwide leading specialist with a unique globalfootprint. Moreover, the Group has a well-balanced product range, a firm focus on innovations, and a strong product development pipeline; all which will enable further growth, and form a strong basis for the future development of the Group. We would like to thank the management team for their contribution, and wish SportGroup and its employees the very best for the future,” said Detlef Dinsel, Managing Partner at IK and advisor to the IK 2000 Fund.

Completion of the transaction is subject to legal and regulatory approvals.